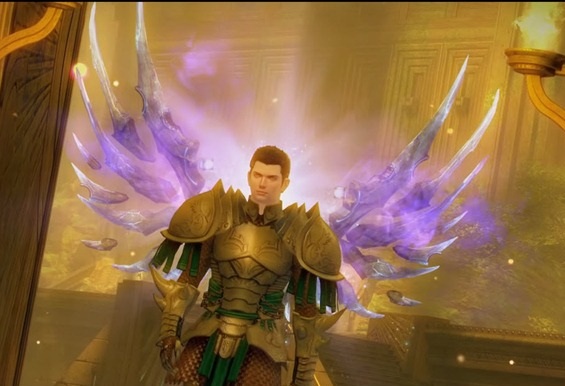 ArenaNet just released a generally good patch for GW2 for their April update and it’s huge QoL and anti-grind updates — here are the highlights.

No fucking way. There was a diminishing return on rewards. Who the fuck thought that’s a good idea to put in the first place?
Finally, this is how you reward the player’s effort. Grind is only felt when the player effort is not proportionately rewarded — and fuck the diminishing return, good riddance.

Now that most MMO games gives level boosts included in their expansion, it’s nice to see that ArenaNet is trying to stay competitive by being equally generous. My first opinion on the HoT expansion is that it’s not worth the price tag, but this would have changed my opinion if they have this pre-released. Although I a sucker and bought the expac anyway even though I know it’s not worth it, it’s nice to see that ArenaNet it’s not just about taking my money. This boost is very well in line with SWTOR character boost where it also includes level appropriate gears and starter items..

What the fuck is this?! This is an insane feature. I love it. This allows players to make an informed decision on which profession they should level to 80. It doesn’t affect me directly since I already have all professions to 80, but this is a very neat feature that I hope other MMO should follow suit. I mean come on, why would boost a Warlock to level 100 in WoW and ended up not liking it. Two thumbs up to ArenaNet.

It’s about time! I really like this map. This is a very good update to the map since it was never a good map mechanic to have the Skyhammer active all the time.

Even though I rather have Vitality instead of Toughness, it’s still a good item for PvP. I still don’t agree with the high precision level since I rather have Ferocity at 1050 and Precision at 560, but it can still work with a Vitality-based Runes.

“Mist Champions will now arrive with a +50% health and damage effect that stacks in intensity each subsequent time a Mist Champion is summoned (up to three stacks maximum, so 50%, 100%, and 150%), as well as a +20% movement-speed effect (which does not stack in intensity with each new summoning).”

This would be an interesting change since the Mist Champions are rather weak that often times it’s not even worth summoning them. But the that movement speed, that might become a problem…we’ll see. I still think that they should have closely followed the Fort Aspenwood design because I’ve spent so much time in that map in GW1 because it was a fun map.

Fuck loading screen. Good riddance. That shit should also need to go away when using waypoints in the same zone. I guess this is a start. They need to revisist all zones and remove the loading screen on all of them or improve the player’s loading time so that the loading screen won’t even appear in the first place.

This is a nice addition to WvW which makes running dungeons really obsolete. I can’t wait to try this one out to see if the rewards comes as fast as it is in PvP.

A lot of buffs everywhere, even the Thief get a lot of buffs. It’s not enough, but we’ll take what ever we can.

Rare stand-alone miniatures have been removed and replaced with a new Black Lion Miniature Claim Ticket containing new miniatures to choose from.
– This is a nice feature which improves the chances of getting the items I want from the chest.

All common individual combat boosters have been combined into a single Enchanted Combat Boost that allows players to choose their combat boost.
– Same with the minis, this is a great feature.

There’s a lot more changes but I won’t go through all of them. You can read more about it in the GW2 official forum or from Dulfy, for a more structured layout.