I have played the first Divinity: Original Sin and despite the fact that it was a good game, I didn’t spend enough time to actually play it all the way even though I’ve spent more than 120 hours in it. The second iteration of the game is far more better from the start.

Although Divinity OS2 consists the typical races like the Humans, Elves, and Dwarves, they’ve added Lizard and Undead to the playable character list. Unlike the first game, I can choose a race for my character other than Human and each race has their own unique appeal. For instance, the Elf in this game can eat raw meat or drink raw blood and learn about the past of the owner of the meat/blood. Yes, the Elves eat body parts of the corpses to learn more about them just like in that show iZombie. This time it was difficult to choose what race to play as but I am always fascinated by Dwarf Rogues so I rolled one. The character model for each race are awesome too and I was really tempted to roll a female Lizard but female Dwarf will do.

Just like in the first Divinity, the class system is open-ended, meaning I can change my class whenever I want to. The best part of any RPG is the class change is free. They not only give free re-specs, they also allow players to change from a Rogue to a Mage, for instance. It’s all about skill points allocation. It is possible to a jack-of-all-trades by distributing all point to all possible classes. Of course, jack of all trades; master of none. So the best choice is to pick 2 major class and the rest as minor. My Rogue started with basic scoundrel skills, then I’ve added some Warfare skills. At level 16, my Rogue is now major on both Scoundrel and Warfare and minor of everything else. My Undead teammate started as a major in summoning but now have changed to a crazy Elementalist that blows shit up, including me. Fun, fun.

As a Rogue, the Scoundrel skill is my primary major and Warfare as my secondary major. I made this decision only because I want my Rogue to focus on assassination style of character. With Scoundrel and Warfare, I have an access to a lot of melee attacks. My primary minor skill is Polymorph since my teammate is an Elementalist, he demolishes the enemy’s magic armor. When their magic defenses are down, I Polymorph my character to have Medusa Head effectively petrifying everyone within range. Polymorph also gives my Rogue access to Chameleon Cloak (invisibility) to make it easy to reposition using Wing and prevent opportunist triggers. My secondary minor skill is Aerotheurge which gave me access to Teleportation, Smoke Cover (anti-ranged), and Uncanny Evasion (anti-melee). I’ve also place points to Geomancer to replenish my Physical Armor and to Hydrosophist to replenish my Magic Armor. Some point in Necromancer so my attacks steal health and some points into Huntsman for Tactical Retreat.

I focused all points between Finesse and Wits at the beginning until I have 20 Wits, then I changed it to focus on Finesse and Memory until I have 20 Memory. So far, I’ve been dumping every point in Finesse and some points to either Strength or Intellect depending on which armor requirement I need to meet. I’m actually thinking about rebalancing my Attributes to focus more on high crit chance and damage. Since I want my character to be an assassin, she must have high crit chance.

In Divinity OS 2, abilities are divided into two sub-categories; Combat Ability and Civil Ability. It is very similar to the original Divinity but I think the bonuses are different this time around. As a Rogue, I have several choices and all of them are sound. As a Dual-wielder, I’ll have the higher chance of evasion and double rune possibility for each weapon. Single-handed Rogue with a Shield or nothing at all which gives me a way to stun targets. Two-handed is something I’m interested in. I’ve been using Dual-wield so far and the dodge rate is pathetic. At one point, I have 133% dodge and the enemy still hit me, twice in a row too. I’m now convinced that there is no guaranteed evasion in this game so since that is the case, I might as well go big in damage. I’ll be re-specing to 2H tonight and go for high crits. One thing I need to analyze further is if it is worth it to lose backstab when using 2H. In Civil Abilities, the only one worth taking is Lore Master to identify items. Other than that, Civil Abilities in Divinity OS 2 is underwhelming.

Just like in the first Divinity, my teammate and I went for Lone Wolf for the extra points and many other buffs. Then I picked up All Skilled Up to get extra points in Abilities but at this point, I think this is no longer necessary. Same goes for Parry Master. Since I will be moving away from Dual-wield, Parry Master is no longer needed. And then Bigger and Better. Thinking about this now, I need to make a lot of changes here.

Divinity OS 2’s combat is still turn-based and the order of turn is based on Initiative rolls. The number of skills available sometimes can make the combat really complex. Since I am playing with another person, we communicate our approach and our strategy. There are many encounters where it can lead to our deaths. The best part of combat is we can choose who to fight by teleporting targets away from the crowd. Yes, it can be tedious at the time but 2v1 is better than 2v10. As a Rogue, I usually jump into position using Tactical Retreat (yup retreating toward the enemies) since it gives me Haste. Then I will proceed to rip their armor apart leaving 2 action points for end of turn skill. If there are archers, I will drop Smoke Screen or simply go invisible using Cameleon. However, I save the Cameleon when I get surrounded so I can escape without triggering Opportunist. Most of the time, I play the rabbit, buff my magic armor, get surrounded and my teammate will nuke away. Once their magic armor is gone, I’ll use Medusa. Once they are petrified, they are literally sitting ducks as I stab each one of them to death. 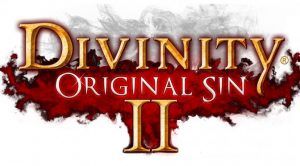 The Story (so far)

The story in Divinity OS 2 started with my character on a boat with a slave collar on. Something about controlling the Source, etc. At this point nothing makes any sense, then the boat was attacked and my character washed up on the shores of Fort Joy. Yeah, whoever named the fort has a sick sense of humor because the island is a prison. My character then needs to find out how to get out of the island and find out more about herself. As we tried to liberate ourselves, we can face to face of our true enemy called Voidwoken and apparently we need to stop them somehow. We currently completed the Second Act, First Act being the prison island. I have to honest, the amount of information that we need to keep track is overwhelming. Some information given early in the game will not make sense until later on and most of the time we found ourselves backtracking trying to remember the relevance of the information we just received. At one point, I felt really exhausted thinking about everything and making sense out of it. So far, it is very entertaining if I set aside a lot of story plots going on. The good thing about it though, there are no loose ends by the end of the act, other than the main story of course. Ok, wait, I take that back. There’s this child we took to the ship who is supposedly possessed by a demon. Since she doesn’t speak, we know nothing about her. Hopefully, as we go to the third Act we’ll know more about her.

Honestly, this is the Divinity game I intend to finish but I don’t think I will be playing this by myself. There’s just too much information for one person to remember and the quest log isn’t very detail nor helpful about anything. We barely use it, that’s how useless it is. There were a couple of bugged quest/scenario but it wasn’t game breaking. We finished the first two Act and we’re ahead in character level. Plus, the vendors are very generous in selling very good items. Going to Act three will be interesting since we’re a lot stronger out of this Act compare to when we got out of Act one. There was no joy in Fort Joy.