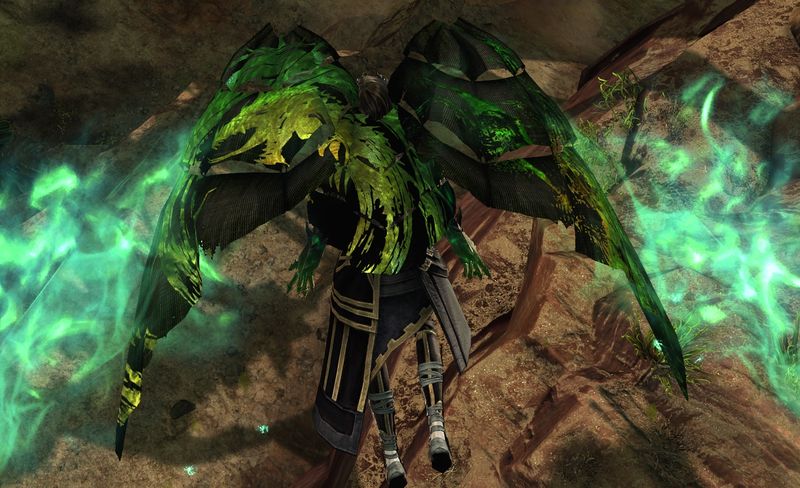 Before the new year, Heart of Thorns became stale really fast that I rarely play that content instead I’m back playing in Silverwaste. Yesterday, Karl have posted a list of goals they are planning for 2016 on how they envision each profession. The goal for both Necromancer and Thief are not that great, but it’s a step on the right direction. The problem they are addressing for Thief shows that someone in the Dev team finally played the profession and honestly documented the issue that players have with the profession. This is a good news. However, acknowledging the issue doesn’t equate to the comprehension of a solution. The solution they offer is to improve melee auto-attack damage and you can just hear the unison of facepalms from all Thief players. It is a common knowledge that some weapon skills costs too much and instead of lowering the costs, ArenaNet decided that while players are waiting for their initiatives to recharge that the Thief’s damage should remain high by increasing the melee auto-attack dmg (which by the way doesn’t address the pistol auto-attack damage). I simply do not follow this logic.

Auto-attack damage will only be beneficial to a profession with passive defenses like blocks, protection, and health regen. Since Thief has to use evade and stealth as a form of defense, Thief cannot auto-attack while evading or in stealth. Unless of course they include an evade frame with all melee auto-attacks (much like Flashing Blades in GW1), this goal of theirs will not address the core issue of the profession. Although I love that they finally recognize the problem, I hate the fact that they are clueless when it comes to solution.

In addition, Colin have posted today the current State of the Game and about where they are taking GW2 for 2016. One part of the post that I really like is the idea of allowing gliding in central Tyria — Genuine joy over here. 🙂 — and the rest of the goals are nice also especially the one about WvW. After that update, I might start playing WvW again. One thing I’m not really thrilled about is the return of Living World. Hopefully this is not one of those stupid Scarlet-like-Living-World-type-of-shit again. As far as the teaser goes, it seems that they are now going to use the Living World to connect the expansion post-completion to the rest of Tyria. To be honest, I could care less about all these other things. Give me gliding in Tyria and I’ll continue to play this game. Give me mount and I’ll play it even more. Running speed up to 50% faster is getting old fast. This is an MMO and just like other MMO, this game requires a mount with +100% to +150% movement speed. I really hope that ArenaNet takes mounts into consideration seeing how much more revenue they can collect by simply giving players a QoL update by letting them ride a mount. I mean we’ve already seen that mount is possible looking at the mordrem riding a saurus and frogs riding beetles.