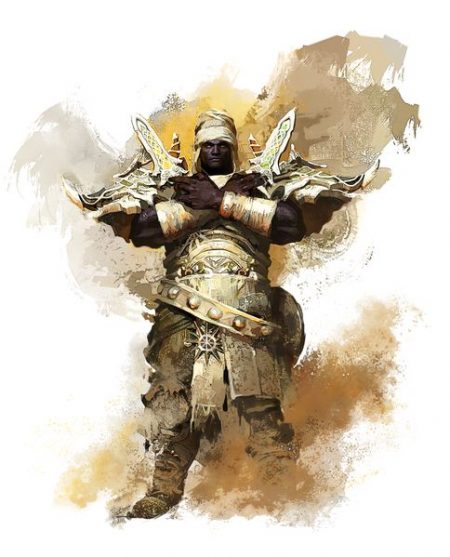 I might have been harsh about the Warrior’s Elite spec back during the preview weekend because I have this bias that the Warrior will now have access to the Paragon skills. When that didn’t happen, I unfairly dismissed it.

After studying the skills and traits of the Spellbreaker, it’s very close to the idea I suggested in forums for the Thief being Arcane Thief.

The description I offered is this;
“With focus, as I have suggested before, they can create an Arcane Thief that not only steals random items, but also an expert at stealing buffs or disabling certain enemy skills.”

So instead of giving this ability to Thief, they opted to give it to Warrior. I don’t really like the fact that Warrior is messing with anything magical or them using daggers, but I’ll give this a pass since my idea is implemented into the game. Yeah, yeah, I have no hard evidence that I was the source of this idea, but circumstantial evidence is still valid. The fact that Warrior no longer using anything physical (i.e. banner and shout) makes the profession less of a profession since it is no longer proficient on what it does best. In addition, less strength is required using daggers since it uses precision than strength to deal damage. A sword pierces through armor using strength, while dagger uses dexterity to bypass armor. Thus seeing a Warrior using daggers while wearing heavy armor looks ridiculous.

So here’s the break down of the Spellbreaker skills and traits.

This burst skill is a bit underpowered having an 8s cooldown and 1.5s activation time which means, the Warrior cannot do anything while activating Full Counter. I didn’t get a chance to fully use it so my knowledge about this is very limited, however, it feels like Daredevil’s Bandit’s Defense. The adrenaline bar limitation is a non-issue as far as I can tell. Two adrenaline bar, two burst skills, one level burst limit per burst skill – sounds familiar? It is a mini Initiative bar from Thief. The Warrior can use either Burst skill. Either spend both bars using one skill twice or reserve each bar for each skill — it’s the same resource management as the Thief’s initiative.

Disrupting Stab – this skill is an old Paragon Spear skill called Disrupting Throw and since the daggers are broken spears, it uses the interrupt technique.

Bladestorm – this skill is Zealot’s Defense that reflects missiles.

Meditations;
Now these skills are made from Dervish’s skill, one skill from Ritualist and one from Necro .

Natural Healing – the name of the skill is from Dervish, albeit the function is not from the same spell but it’s somewhat familiar.

Sight beyond Sight – straight from Ritualist’s skill library with an added GW2 touch of revealing stealth.

Featherfoot Grace – it’s a straight copy-and-paste from the Dervish’s skill library with the same name.

Imminent Threat – taunt is new to Guild Wars since it is an MMO that does not promote the trinity. So this skill is rather odd, especially from a spec that is not for tanking.

Break Enchantments – this skill a Necro skill called Pain of Disenchantment, so it is a little weird seeing it in this spec.

Winds of Disenchantment – now this Elite skill is an improved Dervish skill of the same name.

Trait;
The Spellbreaker’s traits are setup with 3 paths in mind; boon strip (top traits), full counter (mid traits), and control (bottom traits). Of course any combination is possible, but bee lining one trait line is more optimized for whatever build I want to make. For instance, if I want to boon strip, there’s no reason to use other traits other than taking all the traits at the top. Same with full counter, straight down the middle. The bottom traits are the one I’m interested in since I like to control playstyle. Even when I play my Thief, I favor S/D for control.

No Escape – this is self-explanatory because Disrupting Stab will root the target for 1s.
Sun and Moon Style – more interrupts
Mage Bane Tether – this with No Escape is actually quite funny but of course, this will suffer the same issues as Scorpion Wire.

Overall it was an interesting spec but I still hoped that they went with Paragon path and added spears (not the underwater weapon) to the game. Now this is not possible given that lore-wise, the Sunspears are broken and Palawa Joko ruled Elonia. Hopefully this bastard didn’t destroy the country and everything beautiful about it including her people — but 250 years is a very long time.