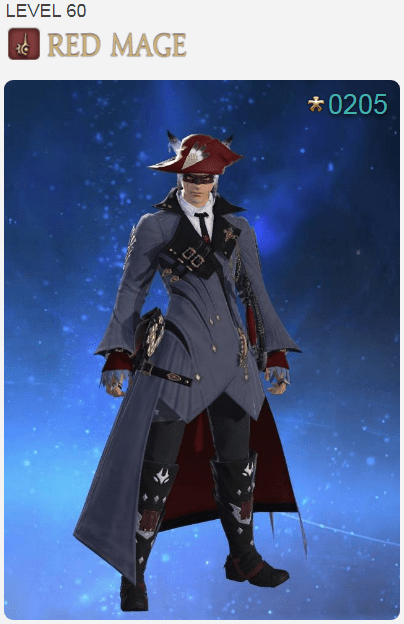 My journey to level 60 in both of my Dragoon and Summoner are somewhat epic since I have acquired some epic level skills. My Red Mage journey, on the other hand, is lacking epicness and the story quests are little lame compared to other job story quests.

My brother leveled a Dark Knight to level 60 and his job story quest is epic and intriguing. The DRK story is both mysterious and morbid with some surprises. My Dragoon’s epic quest is to gain the Blood of the Dragon skill and finishes with Geirskogul. My Summoner’s epic quest is to summoner Bahamut’s might by learning Dreadwyrm Trance and finishes with Deathflare. The Dark Knight’s epic quest leads it to master the dark arts. Red Mage’s quest doesn’t lead to anything epic. I get a cure spell at 54, a 45s CD AoE, party damage boost, and a 2-minute skill that doubles white and black mana then reset a couple of my melee skills. Oh yeah, also an AoE melee skill, Moulinet, that I will never use. The skill cost 200TP, 30 white and 30 black mana, and 200 potency damage to enemies in a cone. Without enhancing it, it only deals 60 potency damage for 200TP cost. No thank you. I’ll rather wait for Contre Sixte to get off cooldown. Besides Scatter is doing a fine AoE job which cost so little with the same total potency damage. The Red Mage story is too similar to my Ninja story about an order betrayed by an ex-member. The only difference is that the Red Mage Master is the only Red Mage left while there’s still a lot of Ninjas.

There is one aspect of the Red Mage story that is intriguing which is about the ex-Red Mage we killed at the end of the story quest. It left a cliffhanger about some vampiric-like ability that now inhibits on our newest member, Arya. There is little information about Arya and the story quest never revealed any of it. This is one of the reasons why the story journey of the Red Mage to level 60 is a bit lame. They’ve tried to consolidate the back story for Red Mage in 5 quests — really? Just 5? What are they thinking? So now the story is really lame. I can only imagine how lame the Samurai story is too. However, the story quest starting at level 60 started very interesting by revealing that Arya can tap into the vampiric-like power of the Red Mage. I won’t know more until I reach level 63 and hopefully, this story will turn epic by level 70. I don’t dare to look up the next quests or the skills I’ll get since I don’t want to spoil it for myself. I’ve already suspected that the combat animation of the Red Mage’s melee skills is likened to a vampire jumping on its prey, biting them, drink some blood, then jumping off. Seeing that this can be the case by looking at the ex-Red Mage Lambard, it’s probably safe to assume that the Red Mage will go full on Mace Windu — a Jedi who taps on the dark side of the force but never consumed by it. Assuming that this vampiric-state is the dark side of Red Magic, I bet I will master how to use it in epic proportions by level 70. I’ll find out eventually.

Since I’ve already reached level 60 with my Red Mage, it’s time to get back to my Summoner and maybe to my Ninja. The best part of being a Summoner is that I’m also a Scholar, so leveling up will not be hard since I can queue as a healer in dungeons. I also want to level up a tank, my Dark Knight or maybe my Paladin, but it’s at the bottom of my list right now. Here is my to-do list;

Right now, I’m still struggling to find a group to finally finish the last story quest for Stormblood. I’ve attempted twice and twice we failed to complete it. Last night we manage to get Shinryu below 50% before we wiped. It seems that the item level requirement for that fight is too low since a couple of mistakes people die. I have my share of deaths but most of them are due to my failed footing…I fell to my death more than actually dying to the dragon. The fight mechanic is crazy and very random and it only gives players 2-3 seconds to react and another 2-3 seconds to respond. So for a certain death skill from the boss, the players have roughly 4-5 seconds time to get to safety. However, the player’s view is very limited at times that skills and mechanics happen outside of visual range. I cannot zoom the camera out any farther. The fight is really simple but it requires a higher level of focus. It’s not as punishing as GW2’s stupid boss fight design which is really sadistic and no fun. FFXIV’s boss fight design is player friendly, challenging, and forgiving. However, even with a lot of forgiveness, players need to step up to the challenge. Also having a higher item level equipment helps so that if they fail to respond to a mechanic, they won’t end up dead. Thus, due to this challenging final boss, I’ve spent all my efforts in leveling up my other jobs. 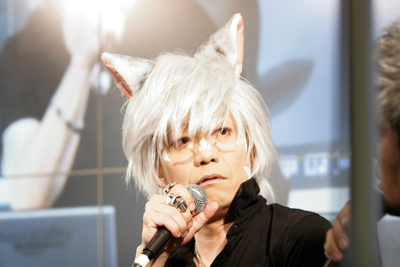 For the same cost I’ve paid to access the GW2 expansion, FFXIV expansions contain 100 times more contents, lore, and fun. The main difference is work ethics and non-SJW, non-political mentality. With all the negativity in news, social media, and reality, as a player, I don’t need all that crap in my game where I escape all the bullshit in real life. Yet, ArenaNet and Bioware don’t seem to have the fortitude and discipline to separate them. I am really grateful for Team FFXIV. I’ve been buying the collector’s edition, not for the stuff I get, but I want to somehow give more to support their awesome effort in making a game I now love. Thank you, but we’re not done yet, right Master Yoshi?