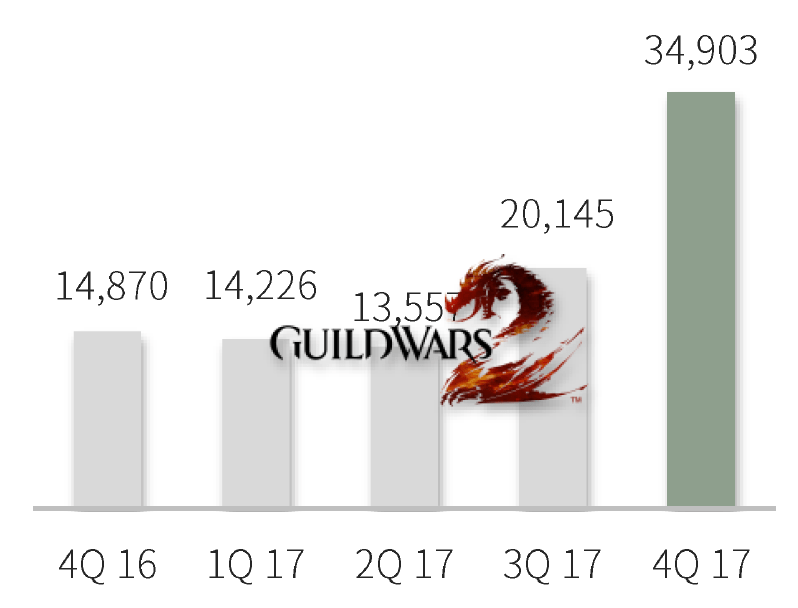 As I’ve predicted in my last GW2 post about the Path of Fire expansion, GW: Path of Fire, I knew that ArenaNet finally made something that players really want. The numbers from the latest Quarterly Report from NCSoft says it all. GW2 is back at making money.

GW2 finishes 2017 really strong following the release of the Path of Fire expansion. The expansion itself is not that great storywise since the story is really short, but there’s a reason for that. The real reason for the success of this expansion is due to one reason: MOUNTS. As I’ve mentioned in my previous post, mounts improved not only the expansion experience but also the whole world experience. They also made several dye-able skins for each mount so players can enjoy not only the existence of the mounts but also enjoy customizing them. The deployment of the skins hit a snag but most players are simply overreacting. I have made my purchases including the lastest griffon skin. I’ve spent at least $20 a month ever since the expansion to show my support for their good decisions. 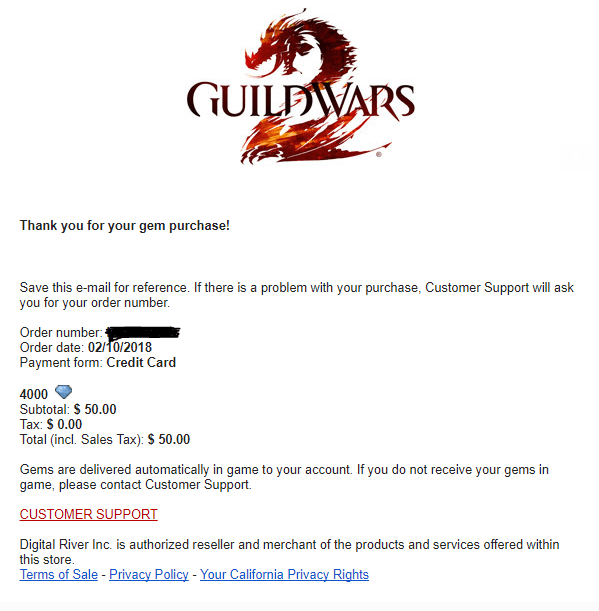 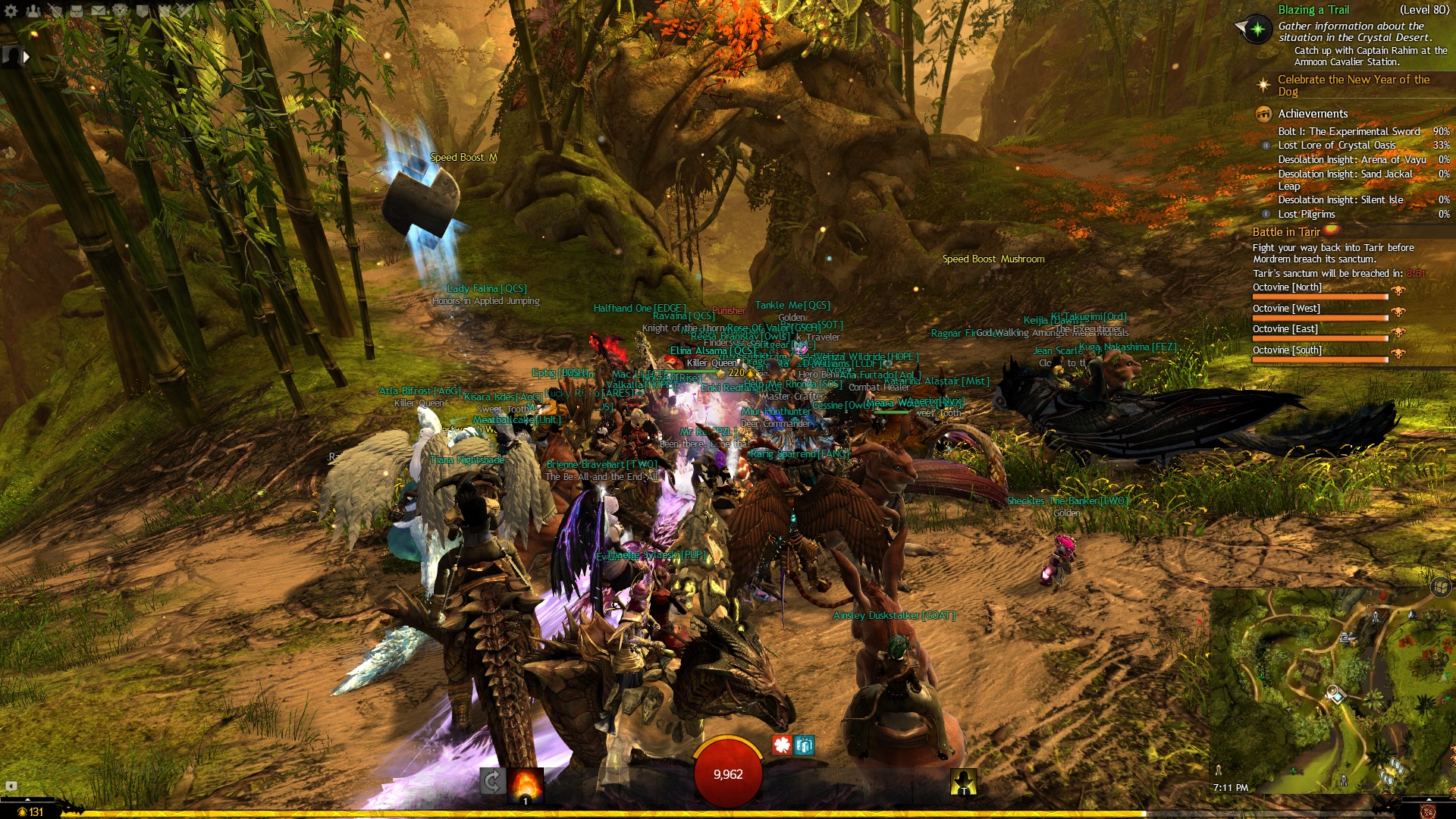 The GW2 map is alive

Over the weekend, I decided to get all the Elite Specialization for each of my characters. When I loaded to the Auric Basin, I didn’t expect to find an HP Train. HP Train is a group of players running through the map to capture all the Hero Points and because of the number of players, it looks like a train, thus dubbed “HP Train”. The leader of the group has formed a squad. A Squad is a group size larger than a party, where only 4 people can join in a party, up to 50 players can join a squad. We have over 50 players at one time having players who cannot join the squad simply tagging along. We completed Auric Basin and Tangled Depths and got my Thief #2’s Elite Specs all done. The leader of the squad is a troll and the game will be really boring without them. Towards the end of the run, he leads the squad into a pool filled with piranhas and each squad members followed like lemmings – it was hilarious. It was a “hidden achievement” he said. 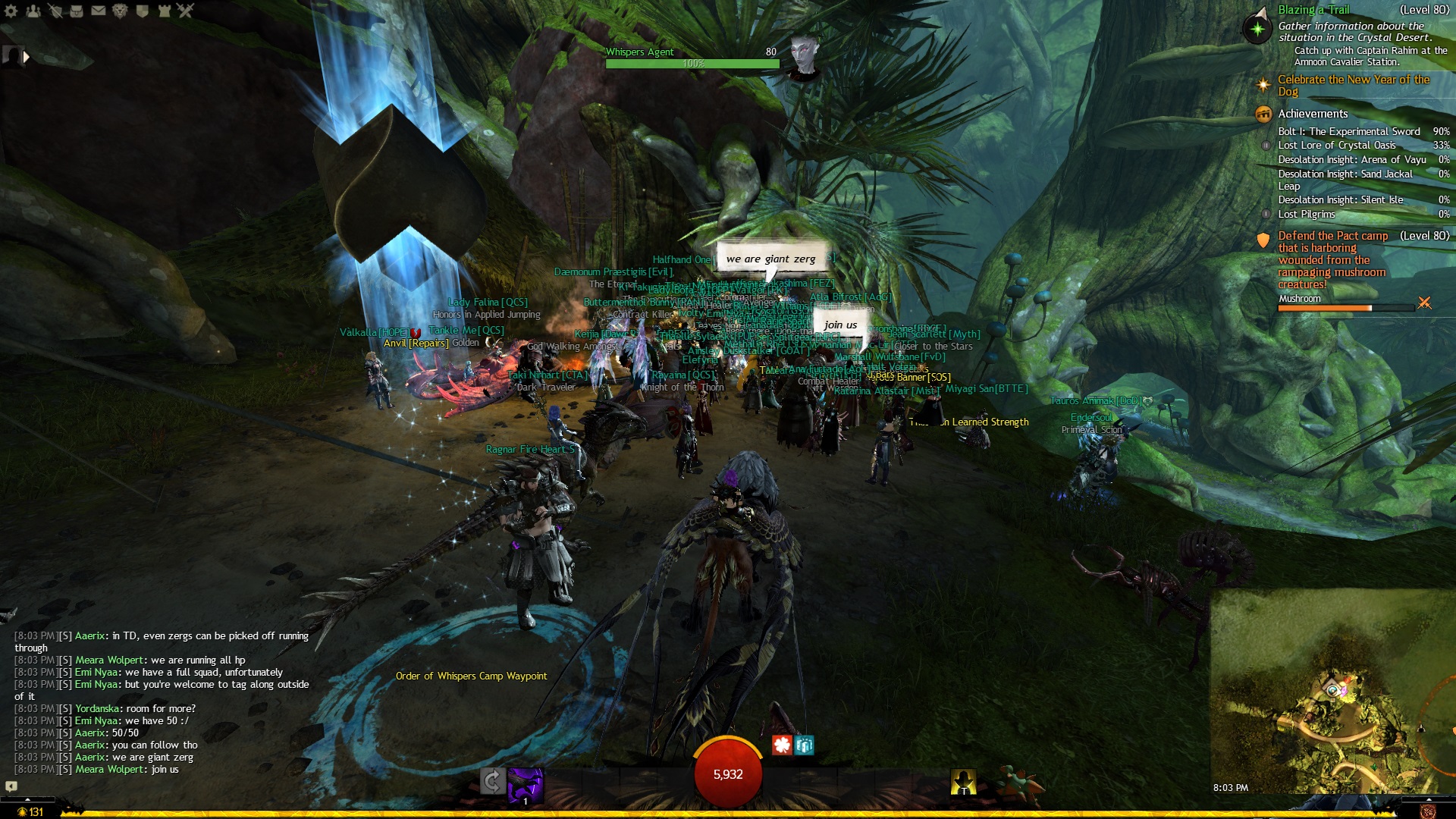 The health of GW2

The number of players and the revenue stream is a very reliable gauge to estimate how healthy the game is. SWTOR’s player numbers dwindled and it’s no longer worth playing on a map that is so empty. I never like playing with other people but I don’t mind joining a group to take out a difficult mob. Not only there’s a lack of player playing in any given map, but there’s a long wait time for instances. This is how GW2 used to be before the Path of Fire expansion. There were barely any people on the map and the Fractals has longer queues. The Path of Fire has changed all that and as I’ve predicted, this expansion is a huge success. I’m spending more time in GW2 compare to any other games, which reminds me, I need to cancel my FFXIV subscription for now. I’ve done everything I want to do in FFXIV and there’s no reason to get the high-end gears unless I’ll be doing any of the end game contents. 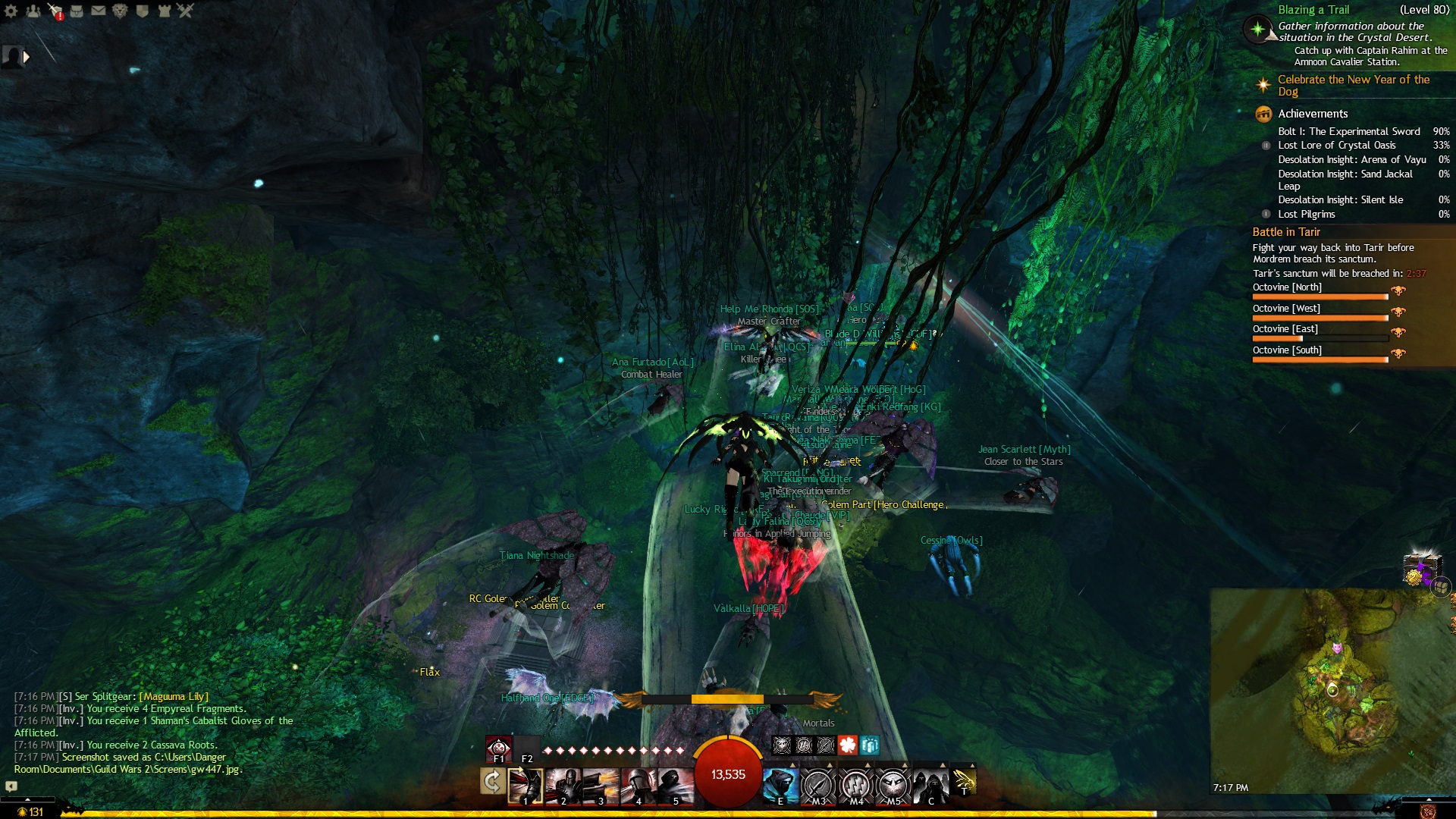 Diablo 3’s season 12 is over and I’m playing GW2 while waiting for season 13 or for some new Living Story updates. FFXIV had a new update which started with a very misleading trailer. The trailer for the 4.2 patch implied that the amnesiac former Viceroy would get her memory back, but that’s not what happened at all. It was very disappointing that when things start to get going is when it ends – a typical Japanese cliffhanger. So for the most part of the patch is all about politics that my character is not even part of. Of course, this patch also added some features and changes to the gears currency. There’s a side quest that leads to new pets. There’s an improvement to the Glamour system and a new beast tribe quest line. There are many other things, in other words, this FFXIV patch is as big as GW2’s expansion, heh.

Blizzard is really doing everything to alienate their players. First, it was the mandatory exploration of Warlord of Draenor just to get flying, which by the way I refuse to do until today. Second, it was the mandatory endless grind for Artifact Points. Now for their next expansion, players need to grind for reputation and pre-order the next expansion in order to unlock the next player race. I told myself nope, World of Warcraft was fun but it’s never worth wasting my time. As for Overwatch, I hardly play the game anymore. The last time I play Overwatch was to get placement, but until they fixed the rating system, I refuse to invest more time in it. Overall, I’m starting to dislike all Blizzard games.

Creative Assembly announced recently their upcoming Total War game. The Total War: Warhammer franchise didn’t feel like Total War at all even the combat. It feels like it is a modded game instead of a real game. Because of this, I didn’t even bother purchasing the Total War: Warhammer 2. Maybe the second reiteration might be better, but I’m still burnt with the first one that the second one feels like an insult. However, CA is taking another stab at the historical aspect of Total War and they are taking the player to Ancient China in Total War: Three Kingdoms. I am really excited about this since I have been wondering why they have not made one after Shogun Total War.