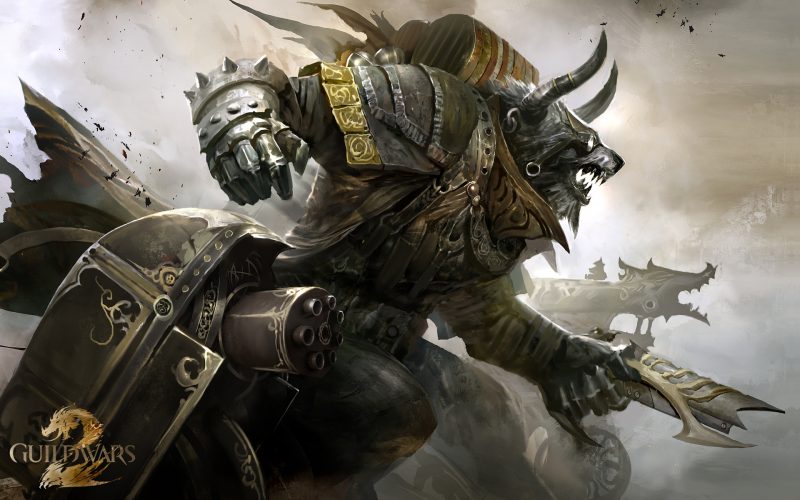 I have not played a lot with the Engineer in Guild Wars 2 due to the fact that its playstyle is too passive. It is passive enough that I have missed giving the Scrapper Elite spec a chance. Scrapper is very mobile since it no longer requires turrets to be viable.

The core traits of the Engineer has a fun aspect to it. However, the problem with this profession in Guild Wars 2 is it has too many options. Having this many options is not a bad thing if ArenaNet actually knows what they are doing. The Engineer suffer from the lack of survivability since it relies mainly on staying within range of their turrets. This playstyle literally made them a sitting duck compare to more mobile professions (i.e. the Thief). Then ArenaNet came up with a solution to the problem, make Engineer more bunker by giving the turrets a dome barrier. See, this is one of the reasons why ArenaNet is very disconnected when it comes to the professions. They rarely understand what the profession does. So when they finally “fix” them, they made them even worse than it was before.

Other Engineer builds are built around the Engineer Kits. Most of the kits are support kits like Med Kit, Elixir Gun, and Elite Mortar Kit. Other builds use Grenade and Bomb kits but those builds lack survivability. They require the Engineer to be in close proximity while sacrificing two utility slots for the kits. This is one of the problems I have with the Engineer kits. It replaces the current weapon skills by sacrificing a utility slot. While the kit is active, the Engineer literally loses 6 skills; 5 weapon skills + 1 utility skill, just to gain 5 new weapon skill. It was never a very good tradeoff. This is their rationalization why Engineers cannot have a secondary weapon set to swap with. The only Engineer kit that is viable enough is the Flamethrower. It was a solid kit for general PvE. 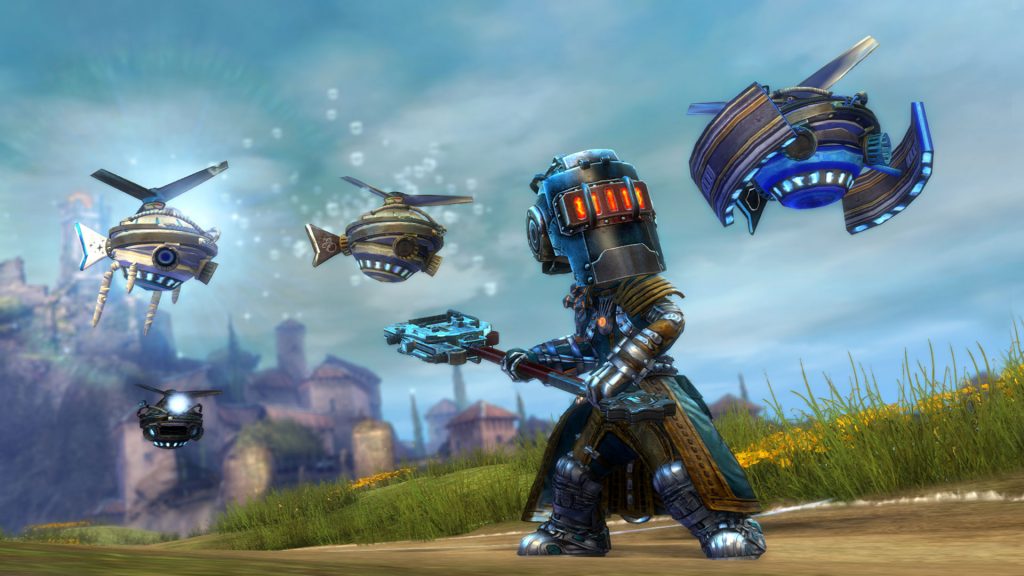 The lack of fun factor in playing the Engineer has diverted my attention from the Scrapper. I didn’t even give it a moment of time so I can critic it. There is simply nothing interested me. Although, I saw a lot of players in the game carrying awesome looking hammers. I also like the drone pet that hovers around them. However, playing as a plain Engineer throughout the Heart of Thorn campaign is never going to happen. The map is frustrating enough without a mount and the Engineer is not suitable for that place. Well, at least that’s what I thought at that time. The hammer itself comes with a lot of good skills that scales really well with my gears. It is a combination of Crusader armor and weapon with Assassin trinkets. My playstyle is to swap back and forth between hammer and flamethrower. Here is my build.

There’s really nothing special in terms of technique in playing this build, just simple common sense. This Elite Spec just has so many high damage AoE it’s hard to mess up. 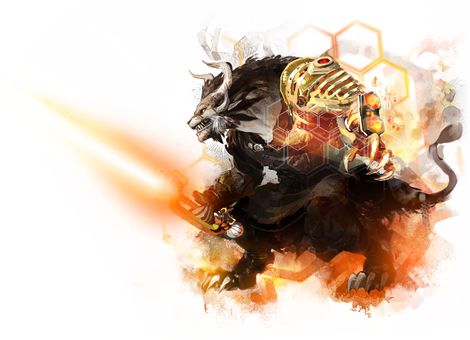 Holosmith confused me at the start since it is pure damage without offering any survivability. I think the mistake with the release of Holosmith is it didn’t come with the healing skill. Holosmith started to shine when I finally unlocked Coolant Blast. The Engineering skills are just not cutting it. At this point in time, I still have not unlocked the Scrapper so I have no access to the cleansing drone. So if the Path of Fire levels are designed with Scrapper in mind, then it must have been the reason why I kept dying – from burning. I also believe that Elixir C should be 30 seconds base cooldown, 40 seconds is just way too long. So I’ve unlocked Holosmith first before the Scrapper and I found out that both are really good Elite Specs. Here is my Holosmith build.

There a bit of technique when it comes to playing the Holosmith. I typically engage using Sword #3 skill, Radiant Arc. This will grant me a very long Quickness buff. I then follow up be going Holo-mode then Corona Burst. This will apply Stability to me and Vulnerability to my target. Followed by Photon Blitz then Holographic Shockwave. I only ever use Hololeap when I get pushed back, otherwise, I don’t use it at all since the Holo auto-attack deals more damage. At 50% heat level, I pop both Coolant Blast and Laser Disk. Coolant Blast reduces damage at the same time it heals over time so it not a waste popping it at full health. Laser Disk is simply awesome since it deals a lot of AoE damage, albeit in short duration. The shield is there obviously to buy time for cool down.

In my last post, GW2: They are Back, I’ve mentioned how the game feels alive again. Not only that ArenaNet deliver the highly needed feature, the mounts, they’ve also delivered a very good collection of Elite Specs. It is a good thing, a very good thing when I log into a game that I’m conflicted on which character to play. It’s been a long hard road for ArenaNet and losing some of their people with bad ideas was a really good step towards the right direction. The change of management and some of the design team actually responding in the forum are all good signs. Hopefully, they can keep this up seeing that their financial problem is now a thing of the past.