The season 3 of Overwatch starts for me as a drag. My placement was so low that it will take a while before I get back to Gold Tier where I belong. Rating system still need a lot of work since right now there’s a “legal” exploit that makes the game very unfair to other players grouped with low skill players.

Blizzard added the option to “Stay as Team” this season so that if you are grouped with players who are competent enough to allow you to play whatever hero you want and still win the game, you have the option to stay with them which makes your chances of winning your next match quite high. This is the “legal” exploit added to the game since this option is literally an exploit. The fact that it prevents someone from having the chance to be grouped with competent players, it’s pretty obvious that once a grouped is formed this way, they are more than likely to plow through the ranks — this what happened to me in the last few of days that took me from 1500 to 1700. I know I should be happy for the system, but it makes me feel “carried”. 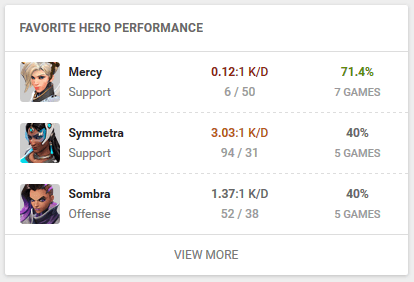 Another problem I have with this system is that I can never get out of a support role. I’ve been playing Mercy for the last few game now and despite the fact that I am teamed with competent players, they are stubborn by not switching composition in most cases which force me to play Mercy to babysit their asses. Then for each win, they get more bolder and their head gets bigger. I can perform well for whatever role I am assigned, but I want to kill stuff too. There was this one time when I stubbornly choose Hanzo and everyone frowned but I changed their mind by playing Hanzo like they’ve never seen before — competently. I’ve switch heroes many times in a given match if our composition is not working. However, there is always someone who will insist on their hero, for instance, there’s this player who keeps on taking Tracer even after the enemy team changed up to have 3 tanks. I let it go for a while but I finally spoke up after seeing that player keep on dying and continue to respawn as Tracer. I said, “C’mon, they have 3 tanks, no tracer pls.” Good thing that even though that player is stubborn, he at least listen and switch out to someone else — then we started winning the point. Eventually we still lost the match because he was not the only one who is stubborn that time, the rest of the team just keep on going in alone and getting themselves killed. 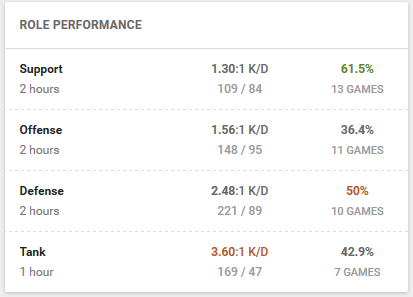 So far I’m climbing the ratings and hopefully I’ll reach gold tier before the season ends.