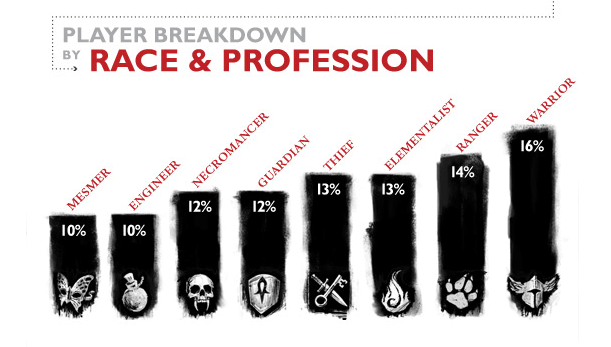 Guild Wars 2 is the kind of game that showed a lot of potential and I understand that ArenaNet is working hard to bring a game worth spending countless hours on. However, the vision is lost and the potential is gone, now it is just a game that is on life support refusing to die — but how exactly does a game die?

In my opinion, a game is alive and well when players actually plays the game. Many games could care less if their game is alive and well soon after they have completed a sale. However, in an online game, the developers has to keep the game alive for players but less players means less developers getting paid to maintain the game. So at some point, when the game gets less players, they get less revenue, and less developers gets paid — meaning, the game will soon die. One major indication that the game is in decline is the obvious number of players playing within my playtime slot — typically, after work. Back when GW2 was actually fun to play, I find a lot of people online during my playtime slot. There are multiple zergs consists of 25-30 players in the WvW map and many players are actively participating. Nowadays, I’ll be lucky to find 20 people let alone a single zerg. This number of player decline is reflected in their revenue. The latest report from NCSoft shows that GW2 is in decline YoY and QoQ and it seems to continue in that trend until maybe when they finally decided to create a new game. Even if NCSoft allows this, the investors will soon demand something significant to change the downward trend. Unfortunately, it seems that ArenaNet doesn’t want anything to change.

The changes in GW2 is very, very rare and when they go out, the amount of changes are ridiculously small. It seems that more time and energy are given to the Gem Store instead of the actual content for the game. Take the last update for example; they’ve created this massive map, that is, the Ring of Fire islands, yet the content is lamely anemic. There is no depth, no mystery, no new knowledge, and no great challenge (when I say great challenge, I don’t mean insanely difficult where the boss is just one-shotting everyone). Are they going to revisit this place? Who knows? The last new map they’ve added is a place I never want to visit again (yes, it’s the Karka Island) nor they’ve actually added anything to make it worth visiting again. They need to get something out that has replay value and not a grind — grind is never equate to replay value. Even the Mursaat’s reintroduction lead to a very stupid ordeal where a Mursaat wants to join forces which violates their very being. I mean what the fuck is going on in ArenaNet? Don’t they have any sense on what kind of lore they have established in the original Guild Wars? Why in the world will they violate a core lore that was well established in the first game? Did they just toss the Krytan Civil War out the window just so they can get Lazarus back as one of the good guys?

I’ve played GW Prophesies, Factions, Nightfall, and Eye of the North. Each of these game is worth 10 times the content that can be found in GW2. GW1 have culture for each profession, culture for each race, and culture for each location. GW2 has none. Even meeting a new race of Exalted, they have not shown any culture on what exactly do they do. Even the Hylek of the jungle has no cultural personality. I mean they tried in their conversation but in GW1, I’ve experience the culture personally instead of it being told to me. The Hylek believes that the Jungle Provides, yet, nothing to support that belief, thus it’s hyperbolic or fictional belief within the fucking fictional world. Even the human gods are no longer involved except during the holidays — utter bullshit. In GW1, I can kneel in front of the statue of a god and his/her avatar will show up to grant a boon. Yet in the dead world of GW2, none of the human gods or the norn spirit is ever present because the game has a huge lacking in cultural development. When the humans in GW1 believes that the dead goes into the Under World, we don’t have to take their words for it because I can experience the place for myself. I can go to the Under World and see the dead people. Simply put, fighting Abaddon in GW Nightfall is more satisfying than anything in GW2. The amount of content in GW1 and the abundance of lore simply overshadows everything in GW2 even after 4 years with so many developers.

Another issue that is a sign that the game is on decline is the amount of attention given to balance the professions. They once made an inforgraph showing how many players are playing each profession. The first year boast of 3.5M sold and almost half-a-million players online at the same time. In that same image it shows that 13% of the population are playing Thief — which, now after 4 years, is the demographic that is mostly underdeveloped. The changes to this profession (my in-game profession) is very rare and very insignificant. It takes 3-6 months to receive changes like; “Shadow Strike: The amount of torment applied by this ability has been increased from 2 stacks to 4 stacks in PvP only.” (Game Update December 2016). A profession so starve for attention and just want to fairly compete gets an update that is so insignificant after waiting 3 months.

Yes, there are many changes to the game, but this particular profession is mostly neglected. When I look in the October update and see how much time was given to other professions, the feeling is obvious, I just want to quit the game altogether. I’ve stopped playing the game already back before, but there were changes that I like that came in with the HotS expansion. Now, even though I try to play the game and try to enjoy it, it’s just doesn’t hook me in anymore. The game is dead because I no longer have a desire to play it. The game is not even rewarding nor it’s fun, and the story is getting lamer by the episode. This Living Story bullshit should have been killed when they had the chance and put all these story into a one big update that will make players play for a very long time. However, it’s just bad decision after another and the utter silence from the Devs can only be tolerated for so long. So since I no longer have the desire to play this game, I’m emotionally ready to let go of this game. So yes, this will be my last post about GW2 because I’ve already removed it from my computer and I’ll focus more on a game where the developers actually knows what “fun” means. I was hopeful once, perhaps a little too hopeful, but this game have brought too much disappointments than joy to me.

I mainly wanted this site to talk more about GW2 but there’s really nothing to talk about GW2 anymore.