I know that losing in competitive is frustrating especially when it’s not entirely my fault. There are those who are purposely going for a loss and there are those who makes up excuses as a cover for their incompetence. For instance, anyone who complains about a Hanzo pick is a bad player who uses Hanzo as an excuse for playing badly. These players will pretend to purposely feed as if they are doing it on purpose when the actuality, they just suck at playing Overwatch. Time and time again I have proven these nay-sayers wrong that the problem isn’t the Hanzo players — it’s them. Other than these really minor annoyances, there are more players who actually knows what they are doing and very positive even when we lose.

Last night was on of those nights where I find I’m actually having fun playing in competitive. There were a couple of players in the team-chat who, by their demeanor, are very juvenile and simply won’t shut up. However, when the game started, they kept the team-chat relevant to what’s going on. It helps a lot in coordination and positioning. I’ve been having so much fun playing Mei and Reaper lately and the team-chat helps me in timing my ambushes. I may not have the top kills or the most gold medal, but I know whoever has the top kills or the gold medal owes it to me. Many times playing as Mei I just froze the entire enemy team where my teammates will simply finish them off. She is a solid counter to a lot of mobile heroes and tanks. I use her to counter Roadhog, D.Va, and Winston. I switch to Reaper to counter Orisa and Reinhardt. The idea is to sneak behind enemy line. It’s a very risky tactic but the payoff is well worth it. Any delay I can cause puts more points in favor of my team. I typically try to kill at least two enemies before dying, most of the time the enemy healers. This will cause them to stop their attack or risk getting wiped. My team was really good at defending the point which allowed me to constantly be a pain in my opponents’ asses. 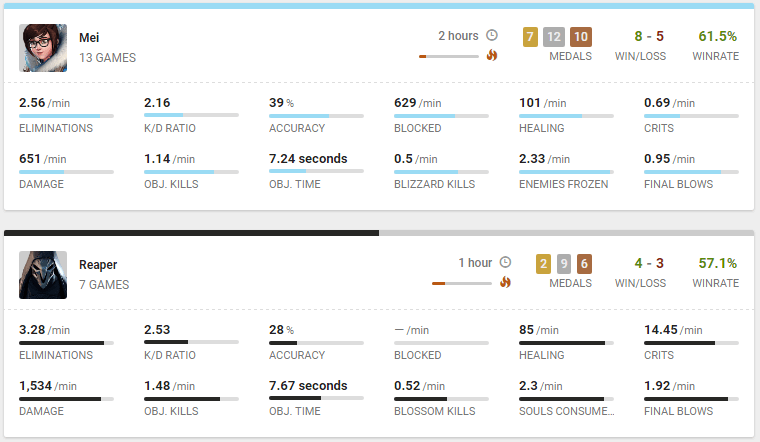 I’ll give this season a shot and see where it will take me — at least until Stormblood’s early access on June 16. Speaking of Stormblood, there was a new video trailer and I can’t believe that they are killing Yshtola again — at least that’s what the trailer showed. There are many things in this new expansion I like a lot and I’m very excited about it. The areas are a complete opposite of the areas in Heavensward where the first area is covered in snow and was very depressing — the story’s mood didn’t help to lighten thing up either. In Stromblood, I get to see Ala Mhigo and Doma and they are beautiful. The settings and the mood look like a lot of fun.