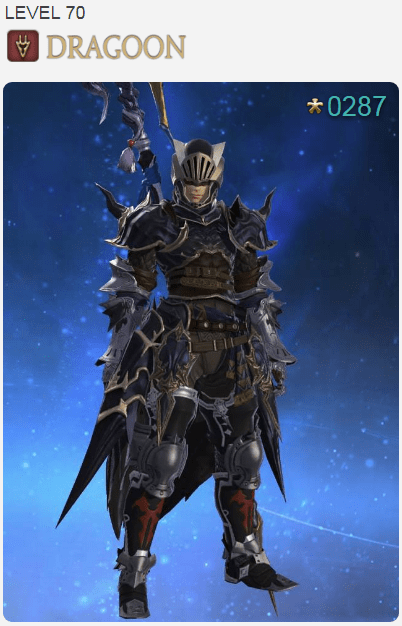 In order to complete the final main story quest, I need to be level 70. I spent all evening last night doing everything I can to reach level 70. There is also a level 70 job quest that I’ve completed and I’m really happy with my Dragoon right now.

I have purposely skipped a lot of side quest so that my other jobs can pick them up while trying to get to level 70. Apparently, in order to reach level 70, I have to do a lot of those quests. So, there’s a few side quests left for my other jobs by the end of the night. I went all the way back to the Fringes, then to Doma, and then to the Peaks. I’ve also joined probably a dozen or so FATEs just to get to level 70. As soon as I reached level 70, I went to finish my job quest. The Dragoon’s level 70 job quest is very interesting which involved a lot of surprises. The is one particular NPC who showed up in my quest and helped me complete it. The whole quest line is a story about love and it’s very adorable. It’s also satisfying to know that being a Dragoon doesn’t mean we’re dragon slayers, rather we are dragon caretakers. I’m a bit disappointed though because there were rumors going around about Dragoon getting their wyvern pet back from FFXI — well, that is not the case. Even though it is disappointing, I am glad to know that I will not be stuck with two DPS jobs with pets. I already have a Summoner/Scholar at level 60 with pets.

Speaking of Scholar, I’m woking my way to gather all the level 60 job skills so I can be a proper healer. I don’t have any healer jobs and the Scholar is actually a good healer and a bit easier to play. Most of the healing is coming from my Faerie pet so I can bounce back and forth between healing and DPSing. Unlike my Summoner, as a Scholar I also need to look after my teammates making sure that they won’t die. My Summoner could careless with other party members since I only have one job, to DPS. I don’t have to DPS with my healer but being in a party with good members makes healing a very boring job — which is the main reason I never heal in the first place. The perk of being a healer is the Duty queue is instant while waiting for 30+ minutes as DPS. I didn’t get to finish the final main story quest last night since it was getting late, I’m getting tired, and I was in the duty finder queue for 33 minutes already. I’ll try again later, maybe.

As usual, there is a long queue time trying to login to the game. Last night I waited 2 and half hour before being able to get in. SquareEnix has placed an anti-congestion measure by adding an anti-AFK system. Before Stormblood, players can go AFK for as long as they want without worrying of being kicked out. The anti-AFK will kick the player out of the server if they have been idle for at least 30 minutes. Players have found a loophole by staying in a conversation with an NPC. The game will not flag the player AFK because they are in a conversation, not idle, thus they can stay logged in even though they are AFK. So to counter this loophole, SquareEnix has announced today that they will reset the login server at least once a day, which will force everyone to log out. This is but a temporary measure so I’m sure they’ll figure something out. Simply resetting the server once a day is not a very good solution and they need to address why players are AFKing in the first place. The obvious reason is the fact that login queue is ridiculously taking so long that players refused to log out just to avoid the frustration of trying to log back in. They need to figure out a way to allow more people into the game without lagging everybody. Surely they can allow 2-3k more people during that time and still keep the server stable. The only instability I’ve witnessed was in Kugane and I’m wondering why they didn’t instanced that place.

While waiting in the queue last night, I played another round of Ultimate General. I was playing this missing where I have to defend a crossroad but I was savagely outnumbered. I have no idea how to complete that mission because I have no strategical advantage nor any tactical option. The enemy just comes down full force in all direction in an open field. I was like, what the fuck is this shit. I guess during the Civil War, this kind of scenario did happen where the Union tries to keep control of a location and simply lose it to the Confederate. My first inclination is to research that part of history if the Union even had a chance of protecting that area. And if they did succeed, how the heck did they do it? So I look it up and the battle was on Parker’s Crossroad. The Union soldiers were severely outnumbered, but there was reinforcement coming the north that forces the Confederate to retreat. Even knowing this fact, there’s no way I could have held that area with the forces I had. So I decided to start over and focus on military strength through numbers with veteran soldiers. I just finished the battle of Bull Run and my new army made a big difference. The first Bull Run mission was a draw, but after starting over, I pushed the Confederates all the way back and forced a lot of them to surrender. This game is a definite keeper.

I’ve played a lot of Stellaris already so having another RTS is very welcome. Total War rendition of Warhammer does not resonate with me since the Warhammer version I like is the 40k version of the game. Then they announced TW: Warhammer II, so I was like, meh, until next time. I’ve been craving for a good RTS and Ultimate General have sated my cravings. I’m a Total War fan but sometimes, they make games that simply don’t appeal to me, for example, Total War: Empire, Atilla, and Napoleon although I love TW: Rome II, Medieval II, and Shogun II. I think it’s time that they make a game based on modern warfare like WWI or WWII. So I’m skipping TW: WH II and looking forward to their next game. For now, Ultimate General it is.