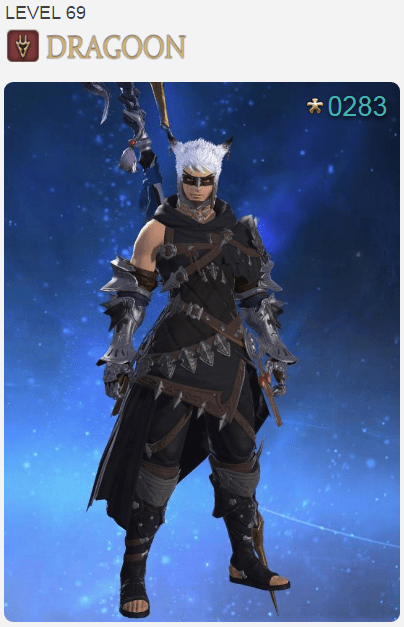 Ten days ago, I started this journey to the new lands of Ala Mhigo and Doma. Despite the server issues and the DDOS attacks targeting the game and the players, I finally manage to reach the last push in liberating Ala Mhigo.

I have in my Steam library numerous kind of war games from Total War to Civilization and now Ultimate General: Civil War that my sister had purchased for me for my birthday. The main story quest so far for the FFXIV: Stormblood got me a bit disappointed. The main focus of Stormblood and how it’s been advertised is that the Alliance is declaring war with the Empire so I’m expecting a war. Yet, I have not seen any war. Ok, I can get in on the idea that the Empire is simply drawing us near hoping that we will become careless because so far the Empire has not shown any strong resistance. It seems that the story about the Empire and how strong it is seems to have been overly exaggerated. Sure it would be foolish to underestimate the Empire, but so far it has been but a joke. The beastmen and their primals put more of a fight than the Empire. I wanted to see an Imperial counter-attack with massive army versus the Alliance. I want to see each Alliance leader in action if they will fight. I want to see Kan-E-Senna cast some ridiculous spell to protect the Alliance command. I want to see the full power of Raubahn and Pippin. I want to see that the Admiral is more than just boobs that she can actually fight with her pistol. Something epic. Something worth remembering.

My dragoon is currently at level 69 in the last map of the expansion. It feels that this storyline is a bit short and lacking depth. Comparing the story to Heavensward, Stormblood didn’t really expand the lore wide enough during the main story quest journey. In Heavensward, I learned a lot about dragons and the raid fights are epic — for example, the raid fight where we have to stop a huge dragon from taking down the gates. Stormblood is missing the epicness from the main story quest — most of the battles are forgettable and a bit lame since a couple of “supposedly epic” fight was with Zenos. The fight with the enhanced Fordola is kinda lame too since the Scion came up with a bullshit device to nullify her epicness. So I’m not really looking forward to the epicness of Zenos at full strength. I’m literally having a hard time thinking of an epic fight from the main story quest outside the primals. The raid to Doma Castle was lacking too that the group I was with just rushed the whole thing showing how easy it was.

Despite some disappointments, there are spots that I am also pleased. The fight with the primals: Susano and Lakshmi are epic in a way that they kept me on my toes the whole fight. The music in the Lakshmi fight is epic too. It reminds me of the epic music from Heavensward’s primal battle with Ravana. The epicness never stop. This is why I kind of disappointed with the main story quest’s lack of epicness because everything else is at the epic level. I simply cannot help but compare the two expansions and in conclusion, it seems that SquareEnix toned down everything in Stormblood. It’s not a bad thing is the general sense of the game trying to attract different kinds of players, but to someone like me, I can’t shake the feeling that they could have done more. I hope that the following patch of the game that they will bring the main story quest back up to the epic level where it belongs.

As I mentioned, I received Ultimate General: Civil War as a gift and I’ve been playing it while waiting in the queue for FFXIV. Yes, the login queue for FFXIV takes at least 2 hours up to a ridiculous 4 hours wait. I don’t fuss about it because I can play other games while waiting in the queue. Back in the day when I was still using a crappier version of my computer, I won’t be able to run two games at the same time. Now I can have FFXIV in the background while playing Ultimate General at the same time my internet browser is up on the second monitor. The idea of having a browser up while playing a game would have crashed my computer due to lack of RAM space — 2GB was the best in the market then. When I upgraded my computer to Windows 10, I skipped having 4GB and went directly to 8GB, now it’s not a problem running multiple applications at the same time. Last night while waiting in the queue, I didn’t even notice that I’ve already logged in to FFXIV because Ultimate General is very captivating. Once I finish the main story quest, I’m planning to take a break from FFXIV and play more Ultimate General. Then when that’s done, it’s time to max level my Summoner/Scholar, Samurai, Red Mage, Ninja, Dark Knight, and Bard. Probably I might even have some time to level up some lease favored class/job only because Monk look cool at the high level but I don’t think I’ll be bored enough to level up either White or Black mages. Astrologian is a toss-up right now since I like my Scholar as a healer.

It seems that it will be a very busy week going to the four days July 4th weekend.