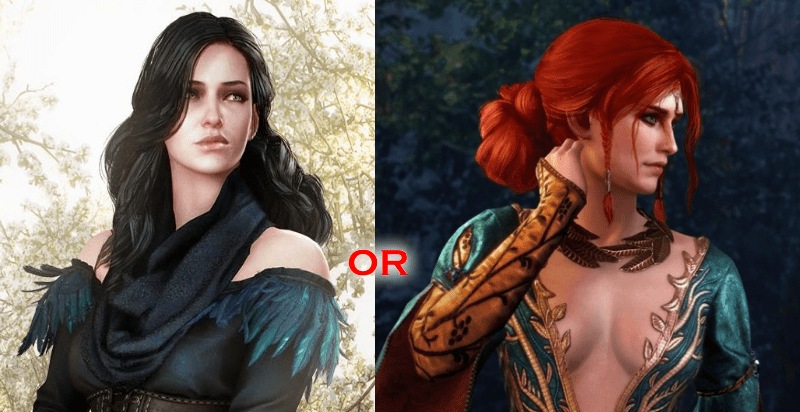 Yennifer is a very accomplished mage and she knows it that everyone else knows it. Her self-confidence turns into arrogance and carelessness. She sets a goal and she will reach that goal no matter what the consequences are. At times she knew what the consequences will be but her goal is the top priority and she just cries in silent alone when the aftermath of her actions leaves her in pain. She needs Geralt to assure her that even at the point of her arrogance that he will assure her that Geralt can clean up her mess. This has been their relationship throughout the game — she makes her move and Geralt cleans up after her. That’s why during one of the quests in Skillege when she steps up to the priestess and owned up her carelessness, it was a surprise to Geralt. The game’s dialogue forces her and Geralt to have a happily ever after and the way the story is told, it sets up the player to forget about Triss. So in my first play through I was confident that I made the right choice in staying with Yen. So in my second play through I asked myself, what if the quest “The Last Wish” is my opportunity to tell Yen how Geralt really feels about her. No taking a dive, no obedient puppy syndrome, just plain adult honesty. Fortunately, CD Projekt RED explored this option and I’m really glad they did.

Triss is as stubborn as Yen when it comes to their goals and reaching it. The main difference between the two is sympathy. Tris is more sympathetic of others and the consequences of her actions are not necessarily thought out, but they were instead emotionally considered. Yen think things through and removes all emotions from her choices to achieve the most efficient result, no sympathy to whoever she hurts in the process. Triss, on the other hand, feels guilty if her action causes someone pain. She gets over it, but you can still see that it tears her up inside. The time that Geralt spent with Triss I can only describe with one word — fun. I feel good as Geralt spending time with Triss especially during the masquerade ball. She is very playful and carefree but can gather herself up when it is needed. However, the time she and Geralt spent in the game is far too short probably because in The Witcher 2, she and Geralt were together the whole game (I am yet to play that game by the way). So playing just The Witcher 3, it’s hard to make a comparison between the two other than the time the game allotted for each character.

Geralt is a guy who can go either way. The game allows the player to explore each choice and feel good about that choice. When I chose Yen for Geralt, there’s no big fuss about it coming from Triss. But when I chose Triss, Yen has gone berserk with jealousy — she even threw Geralt in the middle of the lake in Kaer Morhen. To me, that’s excessive and it highlights how Yen sees Geralt — an object, not a person. To her defense, she sees everyone as objects she can use to whatever scheme she’s formulating in her little witchy brain. Yen did show some emotions after The Last Wish quest when Geralt told her that the magic is gone. In my eyes and in Geralt’s eyes, based on the available dialogues, she’s nothing but a spoiled brat who grew up getting everything she wants either through servitude or by force. Well, Geralt and I will not put up with that. It’s unfortunate that her real self is only shown to the player when Geralt rejects her. In her defense, Geralt is the only one who keeps her sane so when Geralt rejects her, all those bottled up emotions and guilt just bursts out of the surface and taken out on Geralt. So in the end, Yen is a very broken person and even though I feel sad that she ended up that way, I can’t help to think that it will be an unhealthy and toxic relationship. Then Ciri comes into the picture to blur the choices even further. 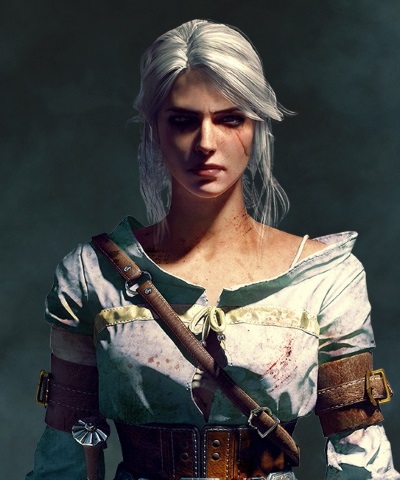 Cirilla’s role in the story seems like a catalyst. It shapes the choices between Yen and Triss on how each mage view Ciri. To Yen, Ciri is her adopted daughter revealing how old Yennifer is despite her looks. To Triss, Ciri is like a younger sister. Geralt treat Ciri like a daughter in front of Yen, however, when Ciri and Geralt are alone, he is a friend to Ciri, which in return Ciri deeply appreciates. There are times where Yennifer will command Ciri, but Ciri being Ciri will defy any orders. Even though there was a time when Ciri approved of Geralt being with Yen, I don’t really think she approves Yen being her mother figure. I commend Yennifer for going to the extreme for the safety of her daughter. I see the passion and the sense of urgency in everything she do when it comes to Ciri. However, I don’t recall Ciri really appreciates the effort. Then there’s Triss, who really didn’t do anything to help to find Ciri as if she didn’t care. All she cared about is saving the other mages and leave it up to Yen and Geralt to find Ciri. This is why Ciri is the catalyst, because if the player cares a lot about Ciri, they wouldn’t choose Triss — at all.

I personally like Yen a lot, only because she’s a strong leader and a powerful mage. However, I wouldn’t want to be in a relationship with her, even though in the books the author prefers Yen for Geralt. I just don’t see Geralt, or me personally, having a happy life with Yen however with Triss, it’s fun most of the time. At the emotional level, Triss really loves Geralt compare to how Yen feels about Geralt. It seems that Yen ended up with Geralt only out of convenience based on the obvious fact of both of them treating Ciri as their daughter — but that’s some silly little girl’s fantasy of playing house. I never believe that the feelings between Geralt and Yen are real. With Triss, there’s real love going on between her and Geralt. Triss really loves Geralt and that fact is as obvious as Yen and Geralt playing house. Geralt also have a strong feeling towards Triss and it’s fairly obvious that he feels way better being with her — I don’t remember Geralt ever sighing when doing things for Triss while he and I sigh at the same time when we are forced to do things for Yen. Yen has the obsession with the stuffed unicorn and Geralt will sigh in compliance. So to give Geralt the happy ending he deserves, I believe that my second play through is a keeper.