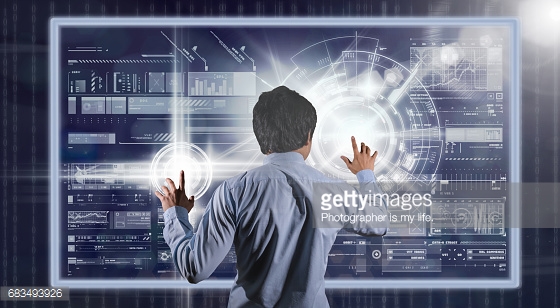 Last weekend, it was brought to my attention that there are benefits of playing video games that may be surprising to some. I’ve been playing video games most of my life and I agree with most of the topics the article have talked about. These topics had been talked about many times before from other sources and it’s something that is worth repeating. However, I like to point a couple of things just to give it some context coming from someone who actually plays games for hours on end.

The website provided to me is positivehealthwellness.com and the site is filled with information about how someone can take care of themselves. The majority of their contents targets female audiences but there are many contents that can benefit almost everyone. One article that was pointed out to me was about the benefits of playing video games. The article I want to talk about can be found here and it contains several topics about the benefits. Some of the topics are of no surprise to me and to those who have played video games as much as I do but there are surprising benefits that even I didn’t know about. For instance, playing video games to relieve pain and curbing food cravings — the opposite is true for me. These come as surprising and after reading the topics, I’m convinced.

I want to give the topics some context through personal experience. The article started off with a disclaimer which is fair and whoever believes in moderation of just about anything is a person I can personally agree with. However, the idea of moderation is somewhat subjective in this regards. Many players I’ve known do not have family around and mostly playing video games to overcome loneliness. They meet people online and made friends online which are things you cannot develop by playing in moderation. One game that the article mention is World of Warcraft and I don’t believe that the author of the article realizes how massive an MMORPG is. Just to give an example, one raid run in World of Warcraft takes about 4hrs plus 1-2hrs of preparations. Raid contents are only 1% of the game — that’s how massive an MMORPG is. Often time, the raid players have been playing in the game before and after the raid, so the moderation of play time in any given MMORPG is a minimum of 8hrs. I personally average 10hrs of play time per day per week and I don’t even raid. So I personally believe that moderation is not the right word here. Sure, I believe in moderation only when it comes to food consumptions — not too much sugar, salt, alcohol, and even water for example. I believe the key word here is discipline, not moderation. However, the topic of discipline is for another time.

Dyslexia, what is it?

The articles first topic is about dyslexia and it talked a little bit about concentration. To put this in my subjective context, dyslexia is not about concentration rather more about memory. By definition, dyslexia is a difficulty of “learning to read or interpret words, letters, and other symbols”, thus it is about retaining and retrieving information stored in our memory. Even a computer gets dyslexia sometimes if the computer memory cannot handle the amount of information given to them to process. The article is accurate about overcoming dyslexia due to the amount of information a player needs to remember while playing video games, which over time can literally improve the player’s ability in retrieving information. In any given MMORPG, like World of Warcraft and Final Fantast XIV, quests are everywhere. Quests are instructions that a player needs to follow and often time includes reward upon completion. The player typically starts with an introduction quest, also known as “tutorial quest”, helping the new player how to navigate the fantasy world. By simply following the instructions, a person with dyslexia can improve their memory especially the fun quests. One quest, for example, in World of Warcraft is about helping a vintner make wine. He gives the player instructions to either add water, spices, or simple stomp on the grapes — he also lets the player know if the player made a mistake. Another quest that can improve memory is scavenger hunts where the quest giver will give the player a list of things they need to find. However, I personally believe that the best task to improve memory is crafting. A player will often have to remember ingredients that they have to acquire in order to craft the item they wanted. One of the article’s topics is about improving memory and I believe that these two topics are related.

The second topic is about improvement in vision and I personally have nothing to add here since it is fairly accurate especially about lazy eyes. This topic can also be combined with the topic about surgeons. Video games can improve eye-hand-coordination and reflexes which can be very beneficial if the player’s real life job is in assembly or in an operating room.

Winning a battle of 10:1 odds is creativity.

Now the topic about creativity can be expanded further. My definition of creativity in terms of video games is about what someone will do with limited information, limited supplies, and/or limited time. I played a lot of strategy games which includes a lot of decision making on how to handle a situation when some things are scarce or not in my favor. In Rome II: Total War, it’s about playing to the strength of my soldiers. Even in an outnumbered battles, I can often time win it by moving my soldiers to a position that will give them the advantage. Just like the battle of Thermopylae, even though that Spartans are outnumbered, they used the terrain to their advantage, so in the game like Rome, I learn from that creative thinking on how to use my troops to my advantage. Another video game related creativity is fan art. I personally have drawn Yen from The Witcher 3 only because her alternate armor really looks good on her.

The rest of the topics are spot on and my personal favorite is the topic about relieving stress. I made this blog site to also relieve stress when the game I’m playing instead induces it — games like Guild Wars 2, which I no longer play — so I rant about it here. Mainly, my reason for playing games is about escaping reality to relieve stress. However, not all video games can relieve stress, just like Guild Wars 2, so this is a very subjective topic. I still can’t play certain games because it hurts my eyes and some games are just outright frustrating to play.

As I’ve mentioned, the 2 surprising topics for me are the pain relieving and the cravings curbing. Perhaps I already knew these, but I never really given it a lot of thoughts and the topics made me realize that these are the case. While playing Overwatch, it does relieve my pain since this game gets my adrenaline pumping. As for curbing my cravings, it’s true that my hands are too busy to pick up food. Not to mention I’m very strict when it comes to keeping my gaming equipment clean, so I already don’t eat while playing. This is very interesting because playing video games also limits the amount of food I consume. For instance, when I join a raid in World of Warcraft, I am committed for at least 4hrs and part of the commitment is to have my bathroom breaks taken before the raid. If I am eating and drinking while playing, I will need to take bathroom breaks in the middle of a raid run — that’s very disrespectful to others and holding my pee can be a health hazard. So I’ve adjusted to small meals and 8oz of drink before the raid and I’ve maintained that even when I’m not raiding. The adjustments I’ve made has something to do with discipline and I might talk about that in my next post.

As requested, I will be adding a link to the positivehealthwellness.com website and probably feature more of their articles as a topic of my blog just like this one.

This is why I love FFXIV
FFXIV: What a pain in the queue
Overwatch - Season 3
The Witcher 3 - Triss vs Yen
GW2: Living World Season 4