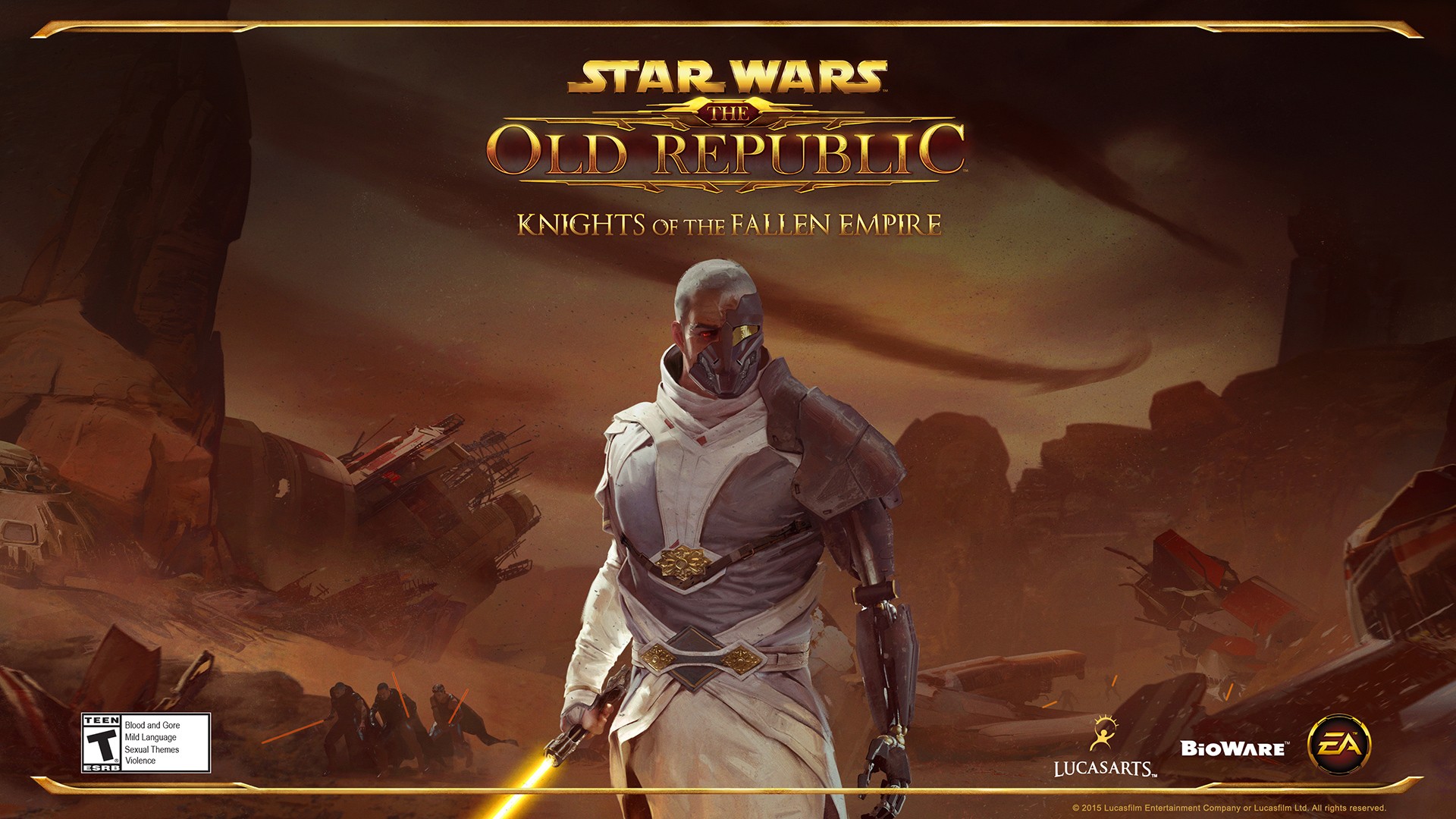 Yesterday was the last day of my SWTOR subscription and there are plenty of reasons why I didn’t renew. Typically, the reason I’m not renewing is because of time since I can only play so many games in a given time — but SWTOR: KotFE is not my typical.

SWTOR: KotFE was hyped for a very long time to go back to BioWare’s story focus gameplay — in my opinion, it’s nice that they did this but they have sacrificed a lot to make this possible.

The story is moving too fast

There are many things in the game that needed more explanation and there are plenty of opportunities to kick a companion’s ass — but the game didn’t allow it. Throughout the game, Lana keeps on mentioning that my character has a lot of questions and before answers are given, it is interrupted by another event that leads to the next chapter. Questions are left unanswered. Chapter after chapter seems like the questions were never asked or were ignored or simply forgotten. No one seems interested filling my character in on what had happened in the last 5 years and everything fell apart. For crying out loud, I literally went to hell and back in Makeb to give the Empire Isotope-5 — what, that event simply never transpired? This conflict in the story is what happens when you try to consolidate the story into one path — it will never make sense nor will there be a right answer.

Some companions I won’t welcome on board

I don’t really care what’s the consensus on Koth, but he’s the kind of person I don’t want in my crew. He can be one of the smuggler-nobody but I don’t want him near me, let alone part of my companion. I can’t wait to send him off his way when I get a chance along with Quinn. They’re both annoying and useless that I can do without. Among all the companions, these two are the least of my favorite. Even though Quinn is a healer, I never bring him with me and now that everyone can heal, I have no use of him. I regretted letting him live after betraying me. If given an opportunity, they both will be sent to the airlock. Seriously, even with my Jedi characters will not put up with Koth, he’s just not a very likable character who I just want to force choke multiple times over. I did like one part of the story though where he was asking to go along claiming that he’s the right man for the job where I flat out turned him down. Never regretted it, it felt good. But when he was caught — I never wanted to save him — Why BioWare? Why?! Why do you force my Sith to be good and save someone who is not worthy?

Maps are too small

The maps that are part of the story is way too damn small. There is no need for exploration because the map is too linear. There’s just no room for discovery compare to the size of the other vanilla maps. Also, there are so many recycled maps that it’s hard to believe some of the NPC comments. For instance, Theron will comment to be careful because little in known about the Star Fortress (SF), yet each SF has the same blueprint and the same path. Other than that, something as massive as SF seems way too small due to the linear path instead of an open map. It’s so easy to find the core as if I lived in the place making Theron like an idiot for not knowing.

“Story-driven” is the term that has been used many times in ads and reviews, yet it’s more like cinematic driven because the story lies not in the cinematic, but in our individual character. Making a one-size-fits-all story is lazy and uncreative. Most of the things that are happening in the cinematic is not something my Sith Marauder will ever do, rather the character’s actions only make sense to those characters without the Force. Making my Sith incompetent by tolerating Koth is a character betrayal. They could have a conversation where I relieved him from his piloting duty and let Vette take charge or someone else other than him. After completing all Acts, the whole thing leaves a bad taste in my mouth by forcing my character to accept a companion that is not Sith-worthy. There’s so much thing that my character would have said to someone like Koth — but alas, the one-size-fits-all story forced my Sith to act like a stupid smuggler.

Part of the story is that Senya is powerless against her children and Vaylin have displayed why. Yet in Asylum, Senya is fighting Vaylin and Senya appeared to be winning — I was like WTF?! — Senya is such a liar. And another WTF moment seeing someone as OP as Vaylin on her knees. I mean come on, I can only take so much bullshit in one play through. Compare to Baras, Vaylin is but a child, yet I beat Baras and I’m supposed to be scared of Vaylin? Seriously? They want me to believe this bullshit? Honestly, I think Jaesa can beat Vaylin with her eyes closed using only one hand. I mean putting Jaesa in attack mode can make the boss fight like child’s play except the AI is dumbed down and they get themslves killed.

There are lots of companions but they practically have the same AI when using a certain role. Thus diminishes the companion’s usefulness. I personally bring Jaesa all the time because she can deal a lot of damage making my runs rather fast. I bring Vette sometimes because she has the best AoE skills. However, all companions are nothing but a copy of another with generic skills and lackluster AI’s. The bad part is, BioWare had passed a point of no return so whoever my companions were, they’re all gone, and I am forced to accept whoever these imitators are. In the end, there’s no point in collecting companions since one companion can already do all the roles.

It was disclosed that increasing Influence with certain companion increases Presence by 50 per rank. It sounds good, right? Wrong! This is the worst. The higher your companion’s influence are the better they perform and after reaching rank 20, your companion will pull aggro even when they are healing — simply because they are too strong. I can’t even pull aggro anymore no matter what I do even when they just suppose to be healing. I have to micromanage the healing so they won’t overheal and grab aggro again. It makes the gameplay annoying and I shudder to think if I bring Koth with me. I’m not going to entertain that thought any further.

With these reasons, it would be impossible for me to play it again with my alts. The main reason I play with my alts because each one has a story of their own. Making the expansion to only have one path — which doesn’t make sense for the Emperor’s Wrath nor for a member of the Dark council — loses all its replayability. Thus, I will reactivate my subscription only when the next chapters were added or when I get bored or when I get the urge to complete my alts’ story quests. Until then, I’ll be playing other games.

It was fun for what’s its worth, but I walked away disappointed.