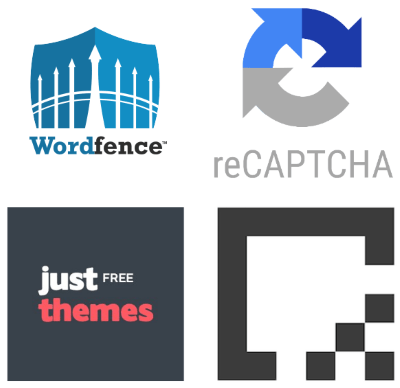 I have been busy re-configuring my website, adding more security and other features to speed things up. The theme I’ve picked is it a bit lighter in color and it do exactly how I envisioned my website. I’ve also done a lot of research on how to improve my website in terms of load time and appearance. I found out that my website has been unsecured for a very long time and I was lucky that I was not hacked. Just last month, someone was trying to brute force my website 1,200 times. Yikes!

The new theme for my website is made by JustFreeThemes called Oria and I’ve modified it to achieve the look I want. This theme does not support RT Slider Plugin so I have to create a child theme to manually add the slider I already have. It took some trial and error to fit the slider the right way. And I think it looks pretty good.

The theme comes with a carousel that rotates all the posts I’ve wrote up to a maximum number I pick. It’s a good feature however I’m using a non-uniform featured image so as the carousel rotates, the contents shown in the front page moves up and down. In a perfect display of featured image, I would have made sure they all have the same height. Well from now on I’ll keep that in mind. Even though my RT Slider’s frame size doesn’t change, the images in rotation are cropped unprofessionally. I am not a professional, but I still care how they look. For now, I’ll leave it at its current state and gradually fix them later on.

The combination of the new theme and the new cache plugin has reduced the load time. However sometimes it takes a long time to load some of my pages and posts. I’m still trying to find out what’s causing the extended load time and try to find a fix for it. I have to disable some plugins that I found to have been abandoned or have been removed from WordPress library. I’ve search for a new and better plugin to replace my current one. One of the plugins is the captcha and another is the ads plugin.

The new plugins seem to be optimized since it sped up the load time dramatically. My target is to have my pages and posts to load no longer than 5 seconds and it is currently at 6.82 seconds if loaded from Melbourne, Australia and 6.15 seconds from Stockholm, Sweden. The load time from New York City, New York, USA is at 5.89 seconds, so I still need to find how to make it faster. I’m also monitoring my bounce rate and I am determine to lower that down below 50% at least, but below 25% will be even better.

I’ve added a couple of new features that might be unnoticeable to visitors. First, it’s the Related Posts. The feature links my post to other posts within the category of the active post. This will allow readers to find other posts I’ve written about certain topic. For instance, when someone is searching for Daredevil build for Guild Wars 2, they will find another Daredevil builds I’ve made in the past. Although someone of the post might have already been outdated. Another feature I’ve added is the PhotoBlocks. I started replacing the text links from my Links Page with images. PhotoBlocks allows me to customize the size and location of the images. It’s a very neat feature and I intend to fill that page with a mosaic of images.

I employ a new captcha to make the login and registration more secure and bot free. I have to delete hundreds of new users created by bots last month and it was not something I want to spend my time on – I have games to play. In addition to the new captcha, I’ve installed WordFence. It is a very sophisticated security plugin and a lot of features for the free version. What I love the most about WordFence is I can automatically block the IP if someone use a certain username. It also shows me how many times someone is trying to login using the banned username. I can also view live traffic however a lot of features, especially malware signatures, are delayed for free users. There are some features locked behind the premium but I can work with this version for now.

Back to Playing Games

There hasn’t been many game that is worth playing lately so I’m just playing Rome II and GW2 most of the time. Other times I might start playing games from my Steam library. I’m looking forward to the release of the new Mount & Blade 2: Bannerlord. The game looks good and hopefully they have implemented a better diplomacy system so I don’t have to use a mod just to make the game enjoyable. Another game I’m looking forward to is Total War Saga: Thrones of Britannia – an English vs Vikings game. BattleTech is another game that looks very promising since this game reminds me of the days when I was playing Front Mission 3. So due to lack of game to play lately, I’ve kept myself busy with upgrading this website.

There have been new updates for FFXIV and GW2 but I don’t have the time lately to play them, but I will find some time this weekend especially GW2. I’ve read a lot of sad stories of the state of the World-vs-World. I’ve also spent time a couple of months ago playing Kingdoms of Amalaur. This game still looks amazing and the game play still as exciting as the first time I played it. The voice acting in this game is great and it’s easily one of my favorite RPG next to Dragon Age: Origins and Mass Effect 2. I tried to play The Witcher 2 and I’m convinced that it’s not a good idea to play Witcher 3 first.