I was never a big fan of Guild Wars 2’s Living World episodes since it is designed to monetize it for new players. If I login when the Living Story Episode goes live, I get the episode for free. However, if I missed it, I have to pay 200 gems per episode. I can purchase 800 gems for $10, meaning 200 gems is worth $2.50 each. It’s not much but each season has an average of 7 episodes thus $2.50 x 7 = $17.50 on top of the preceding cost for expansion. Nevertheless, this is their business model so it’s time to break it down.

The idea of the living world is very similar to FFXIV’s story patch. I practically pay $15/month for the FFXIV patch in the form of monthly subscription. It is really not a straight-up comparison since FFXIV is larger in every way compared to GW2 that justifies the monthly fee. ArenaNet needs to make money, I understand that. I do my share of supporting the game by buying $20+ worth of gems every month. So in my case, monthly fee and monthly purchase of gems are one and the same. Thus seeing that they charge 200 gems per episode never sits well with me. If they create something that players like to play, they don’t need to nickel-and-dime their players. Currently, I have 2000 gems sitting in my wallet right now not knowing what to do with it. I purchase the gems to support the game and this is the reason why I’m not a big fan of ArenaNet nickel-and-dime-ing new players. 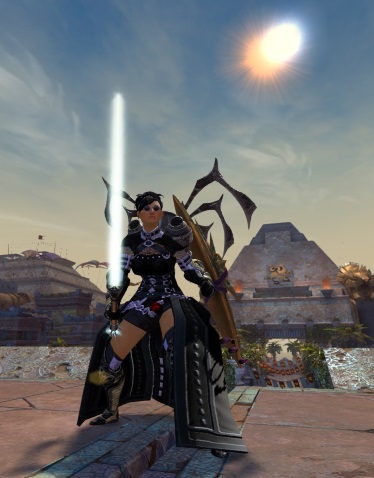 This season of the Living World is a big mess. Their original intent was to do away with expansion and nickel-and-dime everyone. They release a new story every 2 weeks and it was exhausting, thus taking a break will cost me 200 gems for missing an episode. I had missed several episodes that time I refused to pay for them, thus there’s nothing to do, thus I stopped playing. Lesson learned, they released an expansion later on. 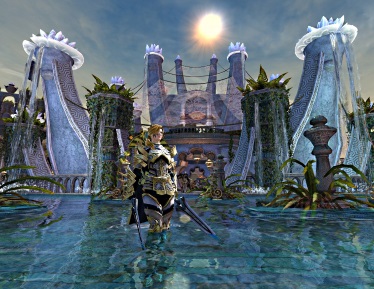 This time around they made the Living World/Story a prelude to the next expansion. The biggest deal in this season is the addition of new maps, especially my favorite, the Silver Wastes. In my opinion, they are going towards the right direction and then the Heart of Thorns expansion was released. The expansion was nothing but frustration. Hero Points are few but now grants 10 points instead of 1, but they are not soloable — meaning a lot of the Hero Points requires a group of players to complete. Not to mention, some requires certain Masteries and others are locked behind events. The expansion was a really bad design and I login to GW2 only to play in the Silver Wastes. 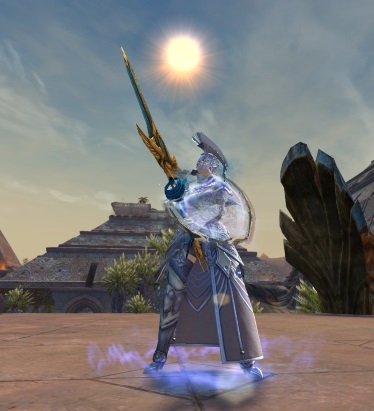 This season is shorter than Season 2 and there’s no much Lore that comes with this season. Season 2 addressed some Sylvari lores and back stories and Season 3 is trying to fabricate a new one. Just as the bad design in the HoT expansion leaked through in Season 3. Although this season added some new maps, it was not fun to play in those maps. I find myself playing in the Silver Wastes again, just like a lot of other players. 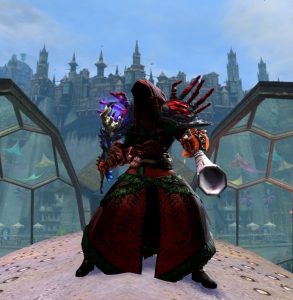 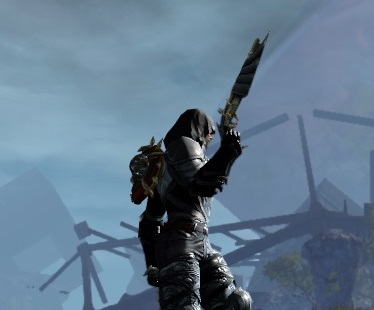 The only thing unfortunate with the Path of Fire is the story. It is short and weak. Thus the story in Episode 1 is also short and weak. Nevertheless, it delivered something that I find to be fun that, in my opinion, officially replaced the Silver Wastes, it is the Domain of Istan. Well, it was fun while it lasted at least because the whole place was nerfed sometime after. The loot in this place is unbelievably generous. I have never seen ArenaNet this generous in their loot system. I made enough gold to supplement the cost of getting the Griffon Mount. I think the generous loot system broke the Trading Post so they nerfed it. So many gold farming guides came out after this season’s launch but I think they nerfed it too harshly. As I said, I’ve never seen ArenaNet this generous, it is not in their nature, thus the nerf. This Episode also added a couple of Quality of Life update to the wallet system to include both keys and badges = more inventory space! So far, ArenaNet is kicking butt starting with the expansion including the Mounts and the QoL updates plus Istan. The finale of this Episode is the greatest. The voice acting of Taimi is the best. I hated to see Braham again, but I didn’t mind much since — Taimi! Simply unbelievable. 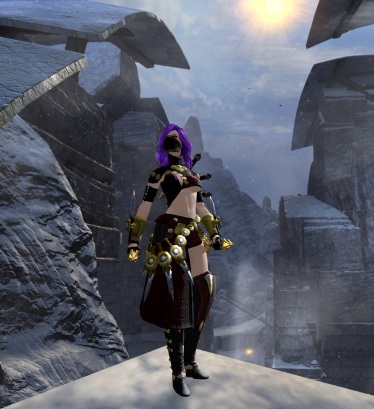 The weak story continues in this episode but there is a lore this time around. It also added a new zone, the Sandswept Isles, where a detached tribe of Charr called Olmakhan lives. They are basically a Flame Legion deserters who became Druids instead of Elementalist. That’s what I understand anyway and I’m sure they will expand more on this. What I like about this episode is the puzzle, almost Invisible Inc. style. Then there’s more lore about the Inquest helping Joko, then I wonder, what of Kralkatorik? Yeah, this episode is short and I’m not too excited about it. It’s really weak compared to Daybreak (Episode 1). This episode added some items and a New Legendary dagger, the Claw of the Khan-Ur, which too similar to my Centurion Claw without the fancy burning animation. I’m sure someone else will be excited about it, but I’m not a big fan of the Legendary Items and how ridiculous it is to obtain one.