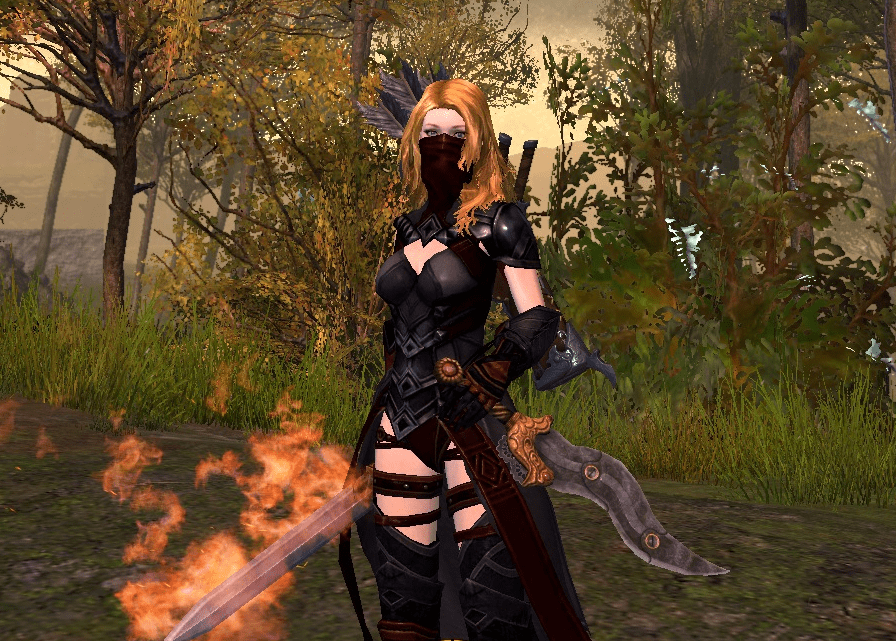 Patch after patch, the Thief profession has not been receiving a meaningful update. Instead, the profession just keeps on receiving power creep and more changes that pigeon hole any players into a certain build. In order to stop this, we need to literally take the profession apart. So here goes;

Relative to the amount of base initiatives the Thief has, using D/D set them back by 4 seconds and using S/P sets the Thief back by 9s. This is the fundamental error when it comes to the Thief design and to circumvent this error is for the Thief to take Trickery just to alleviate the cost by 3s. This error should have been the first to have been fixed. Here’s a list of fixes that will make the core weapon to even compete with the Elite weapon (the staff, which has one of the lowest total cost at 16 initiatives);

This skill has been nerfed multiple times without any compensation. To balance this skill, it needs to have its damage reduced and stack of vulnerability reduced to justify the cost reduction. And as quality of life change, the casting time of this skills should be reduced by 50%.

The pistol off-hand had received a lot of hate from the developers and it’s time to set things straight. The cost of Headshot is not justified. The damage of this skill is pathetically low that in order to match the damage of Pommel Bash, the Thief would have to use Headshot multiple times. It’s obvious that this skill’s main purpose is to interrupt skill, so it should not cost 30% of the Thief resources to use. Black Powder was nerfed hard yet the cost was not reduced, thus the cost should be in line with what the skill can do.

The developer have botched this skill multiple times over and it needs to get back to being useful. Reducing the cost and the cast time should make this skill more usable.

Reduced damage for reduced cost is a fair trade. With the new Might stacking effect, the based damage needs to be rebalanced.

Ever since the Infiltrator Return was nerfed, the cost of this skill combo has remained the same and it is no longer justified. Just like in Unload, reducing the damage in exchange for reduced cost is a fair trade.

Quick Pockets needs to at least refill half of the initiative bar because it takes up GM slot that’s hardly worth taking. Lead Attacks should be tied to Steal since it already reduces the Steal’s recharge time. The buff will then check for the current amount of initiative and grant buff based on the amount that lasts for 10s. The former and current iteration of this trait is very clunky and sometimes not very beneficial. It needs to be consistent regardless of what play style the Thief has.

This is to remove the pigeon holing. Making the trait tied to the venom for random effect will open up some benefit for those who like to use the venom skills.

This is how Deadly Trapper should function. It should improve the trap by extending its duration and allowing for multiple triggers. The current state of the Thief’s traps is sad to say the least compare to the traps found in Ranger and Guardian professions. Guardians has no business using traps since thematically, traps are for adventurer class not for soldier class. To see that the soldier’s traps are exponentially better than the Thief traps is sad to say the least. Ever if the improvement is ted to a trait that most trappers uses, it would still be an improvement to the profession as a whole.

Out with the Revealed debuff. It’s a lazy fix and shouldn’t have had existed. Giving stacks of Might after attacking from stealth benefits not just a power build but also a condition build. The stealth “problem” can be handled by adding a cooldown to the stealth attack. In addition, with the reduced weapon skill cost, it would be acceptable to make the cost of the initiative for all weapon skills increase by 50% when used while in stealth. Increasing the cost will punish skill spammer and control certain combo like CnD->backstab, but still allowing such combo to be used at the player’s discretion.

Any trait that checks for health threshold is silly since the Thief’s health pool is really low and a single hit will drop the Thief below threshold that basically makes this a useless trait. Removing the health threshold will reward a Thief play style that likes to take risks. Reducing the effectiveness of a risk taker only because they received a single hit is really a bad trait. If this trait is optional, I can guarantee that nobody will take this trait. This has the same problem as Last Refuge.

The way this on will work is for the trait to grant a Flawless Strike buff that lasts for 1s and refreshes everytime the Thief use a weapon skill or whenever they sucessfully hit their target. It was silly to have this trait check for health treshold in the first place where a single hit will bring the Thief below the threshold.

This trait has too much conditional plus a cooldown. The chance of a critical hit and the 60% chance of this trait triggering is just too much when a cooldown is also added. Plus the cripple effect onle lasts for 3 second which practically made this trait unusable specially when using a pistol weapon set. Thus removing the cooldown will still make this trait a fair and balanced trait.

Removing the CD reduction from VA and adding it to Leeching Venom will allow venom users to benefit from it without being pigeon holed into taking VA. Adding the CDR to VA was a bad idea to begin with and the only reason the developer did this is because they want to make VA more appealing since honestly, it’s not a very good trait. Aura has no place in the Thief profession and if they want the Thief to share the venom effect, then they can just make it baseline to all venom and delete VA.

Shadowstepping needs to gain benefit from this trait also, thus adding an evasion frame when shadowstepping is simply appropriate and badly needed. This will open a build where a Thief can also use shadowstep for defense effectively.

This comes without saying that it needs to be restored. The lie that the developers has said that the Thief has too much dodge it an insult to all Thief players. To say something so absurd knowing that they are developing an Elite Spec that centers around dodges and evade is a very dishonest stance. Once the new Elite Spec rolls in and the Daredevil fades out, the core set will be left with a mediocre source of an effective defense. Restoring Feline Grace and admitting that they mislead the players is a step towards the right direction in restoring trust.

This trait has a lot of potential but the developers are just too scared of the boogey man. They added a trait but made it so useless that nobody will ever pick it. Even though Hard to Catch has a very long cooldown, it is a very useful trait to have, thus comparing GI to HtC is fairly obvious which trait will take the slot. Giving the Thief Resistance when their health drops below 75% will give a Thief a way to respond to a condition burst.

Making this trait as simple as possible will make it a good choice for Thief that likes to take risks. Triggerring a multiple evade on a single dodge should be rewarding.

This is just a rule set when Deadly Trapper is spec’d. No changes to the trap.

This is a skill improvement that has been badly needed for this ability. There’s just too much counter to this that makes this skill undesirable in any build. Applying stability and resistance will allow players to gain the full benefit of this skill. Not just a source of group stealth, but should also be a good group healing.

These are minor changes that will improve the Thief’s game play and build diversity in a meaningful way. No more traits that pigeon holes the Thief into taking certain traits or using certain weapon the player don’t like. Also the low weapon skill cost will allow the Thief to play the profession anyway they want since it opens up a lot of possible skill combinations. The numbers on the damage nerf can be tweaked for balance since lowering the cost means an increase in damage output which is achieved without any power creep.

Until I see these kind of meaningful changes to the profession, it’s really hard to enjoy playing the game. Sure they made a lot of update that increases rewards, but that doesn’t really means anything if I don’t enjoy playing my profession of choice. The goal here is simple; removing the limiting rules (f.e. Revealed), stop the pigeon holing, and support different playstyle rather than funneling the players into one build. Not to mention, the Thief also need more weapons with support skills, but that’s for another topic.