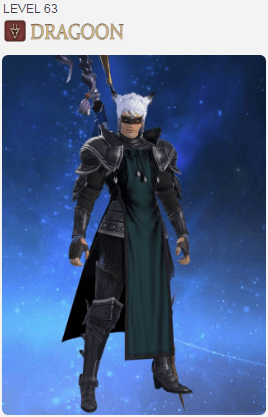 I’ve watched a lot of the teaser trailers and I’ve run the benchmark for my computer — nothing is better than actually playing the game. Going into the early access, I really didn’t expect a lot of things other than continuing the Main Story Quest. However, I was disturbed by what I’ve seen from the Launch Trailer that I was a little upset going into the game.

In the Launch Trailer, they showed Y’shtola dying — again, which really upset me. A few minutes into the game and I forgot all about it because I was overwhelmed with all the things I can do. The patch note for 4.0 was released before early access and it never really mentioned everything. The most drastic change is the job skill system where it affected all of the jobs I’ve unlocked. I’ve changed my job to each and tried to understand the impact of the change. I will never really know this until I take it for a spin. Not only that my existing jobs have changed, but there are 2 new jobs to also try out. I was overwhelmed with the possibility and there’s too little time to test them all.

New Adventure Begins
So I’ve chosen to stay with my Dragoon only because there’s a quest concerning a white baby dragon that got me intrigued. Rumor has it that they are bringing back the Dragoon wyvern pet system from FFXI. This is really exciting news because both of my main jobs are now with pets — Summoner and Dragoon. So far, I’ve reached level 63 and have unlocked diving and underwater swimming and breathing. I’m still trying to get the flying option unlocked but most of the quests that give Aether currents are hidden until I’ve completed a certain level of the MSQ. Right now, I’m one quest away to be able to fly in the Ruby Sea area — it’s the are between Doma and Kugane. The story continues from the wall breach and rallying a group of resistance. Then the story took me to travel to Far Eastern continent where we landed on Kugane.

New Places to See
It would be an understatement to say that I am so impressed with the level of details that I’ve witnessed so far. The Ala Mhigo area is what’s to be expected — mostly desert and barren areas but with beautiful waterfalls and oasis. The Far Eastern area, on the other hand, is not something I’ve expected at all. I’ve played a lot of Asian MMO and I’m aware of all the Asian style articles of clothing and architectures. I was impressed with Blade and Soul’s Asian style but I did not expect that SquareEnix can top it let alone blow it out of the water. Kugane is a very impressive place with a mix of many Asian cultures but mostly very Japanese. There are inns, the marketplace, embassies, and there’s even a bathhouse. The introduction of Kugane is very intriguing. Behind all the upfront splendors, I was introduced to the shadow government and the backdoor dealings. The face of the government is an Oligarch system ruled by the rich with a neutral law enforcement entity. The shadow lies a different kind of government that is very cutthroat and it’s all part of doing business. The game is not only showing me the pretty side of the city town, but also it’s ugly side such as backstabbing merchants, opportunists, and pirates. This is just one of the first areas too, I haven’t even stepped foot in Doma yet.

To Be Continued
Well, the early access is what to be expected especially with the majority of the player population trying to do the same thing at the same time — server crashes, disconnects, and buggy quests. Not to mention there have been long login queues every day. The shortest queue I have to wait on was 545 and the longest is 5,128. The first time I tried to login was on Friday 2AM, just as the server went online and I was in the queue at 3,500. The server allowed in about 100 players a minute so I’ve waited 35 minutes just to get in. I’ve explored the new skills for each of my jobs then I did a couple of quests before going to bed at 3:30 AM. I always take a time off work on release day so I can stay up late and continue on later that day. I’m not trying to be first on everything and I know that I could take it slow, but I was hungry for the story and I went for it. So far, we’re trying to get to Doma and we have to handle all the politics, the schemings, and the pirates. Later today I’ll try to complete the flying quest so I can finally fly in Ruby Sea just before the game officially released tomorrow the 20th. I don’t expect to play any other MMORPG for the next several months. I will still play Overwatch once in a while.