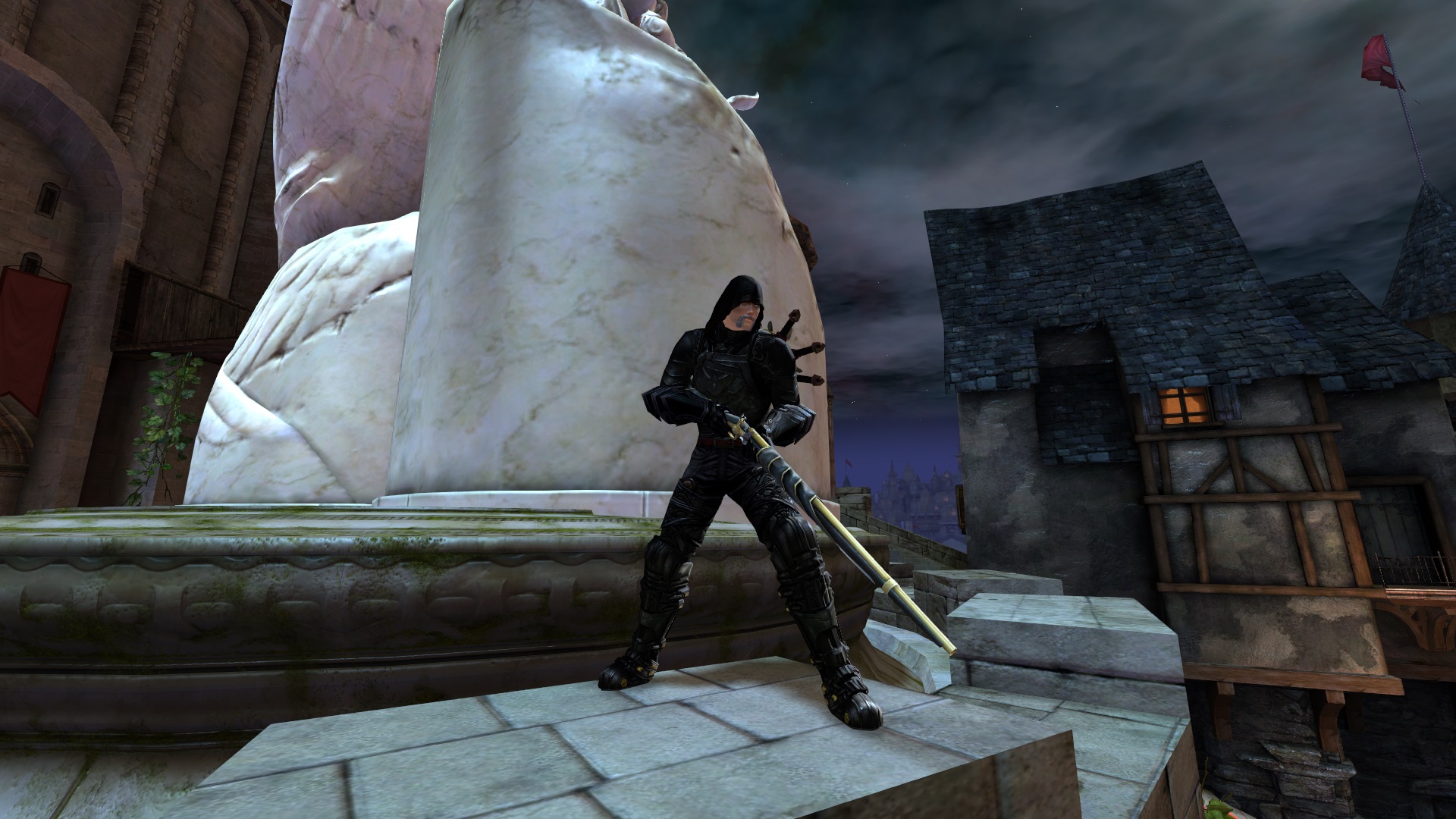 I have been quite busy with theorycrafting and testing different builds to find the right fit for me. I also waited for the recent skill balance update to post these builds just in case I need to make some adjustment. I did make some adjustments to my Scourge build so here they are.

The aim of this build is simple. To outlast whoever it is you are fighting by simply exchanging fire. This build is inspired by Reaper from Overwatch, thus the “Rey eyes” name since his last name is Reyes, har har. Ok, anyway, the build has a self-healing mechanic that triggers on crit and this build has a high crit chance. Not only the crits heal the Thief, but it also deals an insane amount of damage. This build can survive an AoE and has a lot of condition removal. There is also an option to go face-to-face using D/P but in my playthrough, I rarely need to go melee. The only time I go for melee fights is when the target is reflecting my projectiles.

Now this build is all about applying a lot of pressure up front by maintaining a long-lasting Quickness. Might buff stacks so fast in this build that puts any target on a defensive. Literally, mobs melt with this build and the continuous application of DE Mark keeps the Quickness going until no mobs are left. Unlike the Rey Eyes build, this doesn’t pack as much damage. However, the attack speed from Quickness ensures that most fights are relatively shorter than using the Rey Eyes.

The Blinker is more of a tactical build and I mainly use this in WvW. It’s about misdirection. Typically it is the combination of laying a trap to go in stealth and quickly using Death Retreat to reposition followed by Kneel then Death’s Judgement then Shadow Meld. The tactical advantage of this build is insane and it frustrates any target forcing them to make mistakes. Unlike the Rey Eyes and the Quickeyes, this build is all about the patience of hunting preys. Once the target blew all their cooldowns is the time to pull out the dagger and finish the job. This build also has a lot of ways of escape that the other builds didn’t have.

I call this the Revenant only because the profession with the same name failed to become a real Revenant. To me, the Revenant is someone who came back from the dead raising other dead to act as its minions. Thus, this build will have the Necro play the real Revenant. Due to the recent balance patch, this build packs a lot of damage and the minions ensure that the Necro stays tanky the whole time. The only caveat is that the Reaper Form is now shorter than before thus it doesn’t last that long. The rate of decay changed from 3% to 5% so instead of lasting 33.3 seconds, it only lasts 20 seconds now. This rate of decay moves a lot faster the more damage the Reaper takes. From my experience, the duration peaks at 12-15 seconds. It a short duration but enough time to blow all cooldown before time runs out.

This is the most fun builds I’ve ever put together. The condition damage I can deal is so high that any groups of mob dissolve after a few seconds. However, just like any other build, this is aimed at large groups and it will have a hard time in a 1v1 situation or against a boss. This build is super tanky so even if it cannot take down a boss or a player fast, it can surely outlast them. This build has 2700 armor and 30k health with high condition damage output, it can put any player in an instant defensive position. Players often cut their losses and bails since at the rate of them taking damage and the rate that I am taking damage, they understood that they won’t come out of the fight a victor.

Recently, I’m just having so much fun with these builds that I never had a chance to develop a working build from other professions. For instance, I still don’t understand how the Holosmith works. It seems that it functions like a Necro shroud, but it just didn’t feel the same. So I am yet to develop a fun build for the Holosmith. I have a build for my Elementalist, but it still needs more tweaking before I find it fun to use. My Mesmer build also requires more tweaking — although it deals a lot of damage, it has problems when it comes to survivability. I have two Warriors experimenting two Spellbreaker builds; one is a pure D/D DPS that needs survivability tweaks also and the other is my stunlock M/Sh build. My Revenant would probably go for a condition M/A build using renegade, but I’m still trying to find a cohesion that would let me use both Renegade and Corruption. Just like my other build, this one requires aid in the survivability department. So here’s the rundown excluding my 4 Thieves and 3 Necros;

Weaver – Work in progress. Currently not fun to play due to lack of damage and survivability.
Spellbreaker (Asura) – D/D DPS. So far it deals a lot of damage but lacking survivability
Spellbreaker (Norn) – M/Sh Stunlock. This build is fun to use however it is very slow. I need to find a way to give this build more mobility.
Soulbeast – D/T condition. I don’t like this so far only because it’s not very Ranger-y to me. I’m still looking for something that will make this build fun and feels like a Ranger.
Firebrand – Ok this one has a potential to be really fun. I’m making a build inspired by Gambit from the X-men. So far it’s not working as I imagine it to be, but I’ll keep working on this.
Holosmith – No idea what to do with this yet. At least the Scrapper was straightforward.
Mirage – My build for Mirage is super fun, that is if I can stay alive. Need more tweaks for survivability.
Renegade – To be honest, I’m not a big fan of this Elite spec but I will still give a shot and make something.

So that’s it at this time and hopefully, I’ll find some motivation for building the other Elite specs. My gold has been depleted also so I need to make runs and make more money to accommodate the different builds.