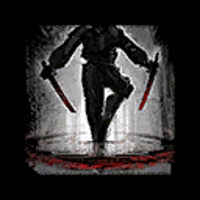 Guild Wars 2 has been busy revamping the professions and some changes are really not that great. The latest revamp on Thief was the changes to the Dare Devil Elite specialization. I didn’t write anything about that patch since I really don’t care about the Dare Devil even since they added exhaustion to the Unhindered Combatant. So much for being unhindered when I self nerfing myself by applying exhaustion to myself every time I tried to dodge. However, this new patch is very promising especially to my builds. I’ll go through the changes that affected my build in both good and bad.

I just want to get this out of the way. Guild Wars 2 Thief has been struggling with traps for a long time now since, to be blunt, they really suck. With the exemption of Needle Trap, the rest are lacking in many way. Now the Thief will have Preparation that functions very similar to traps. Preparation has an arming time of 3 seconds which after testing, it’s way too long. The arming time should be 1s or 1.5s. Thief is about taking advantage of an opening and waiting for the Preparation to arm itself sets up for missing that opportunity. At least that was my first impression since I’m treating these skills as traps. Then I realize after playing for a while that Preparation is not about taking advantage of an opening rather creating one. With that in mind, it actually a good set of utility skills. I still like the mobility of traps but Thief player is about adapting to new situations using the new tools.

Preparation in my build

There are two Preparations that works in my builds while the other two are more situational. Playing a Thief in Guild Wars 2 is not an easy thing since most of the time the Thief player has to adapt. Pitfall is a great skill in my Power S/D build only because of the 3 seconds knockdown, vulnerability stacks, and it’s unblockable. I’m sure this will create a lot of salty tears from other professions. This mechanic has been requested for a long time so it’s about time. The other Preparation skill that I like in my condition build is Thousand Needles. It ticks 5 times and every time it applies a stack of poison that lasts 8s and 2 stacks of bleeding that last 3s. Traiting for Panic Strike will apply another stack of poison on immobilize. Potent poison doubles the poison stacks. This skill might receive a nerf since it stacks poison at high rate. Or maybe not seeing that this patch gave Thief a lot of access to poison. My only really gripe on Preparation is the long cooldown and the long arming time.

ArenaNet has never been generous in Guild Wars 2 when it comes to the Thief profession. For a very long time, Thief player have felt that the Thief profession is just an afterthought. Patch after patch the Thief has been nerfed without compensations. The Thieve are cashing in this time around and the Deadly Art just gotten a lot deadlier. The addition of Deadly Ambition is great since it open hybrid build to any playstyle. My P/P build applies poison on unload to be more specific. Not only that this trait grants poison stack on my attacks, it also grant +120 condition damage. So no matter what weapon set I choose or what build I make, if I have this trait equip the build becomes a hybrid. Never before ArenaNet allowed Thief to have a trait that opens up to many build. The Thief typically gets a very specific and very restricted path when choosing a build. I sure hope that they continue with this philosophy when making changes to the Thief profession.

I typically initiate with Cloak and Dagger when using my D/D build before I backstab to apply vulnerability. Even the Odds does this without wasting initiatives in Cloak and Dagger and it lasts longer too. Cloak and Dagger only applies 5 seconds of vulnerability while Even the Odds applies 10 seconds. I never really like it when the nerfed Cloak and Dagger, at least now I don’t have to use it for that purpose any longer. My D/D uses the Deadeye Specialization and having Even the Odds with that build will surely generate salty tears. Malicious Backstab has gotten a lot of hate already and I’m glad that the Guild Wars 2 developer are not caving in. I’d say that with these changes that the developers are bringing the fun factor back to the Thief profession. But there’s more.

I have always complained about how pathetic Shadow Arts is and how Revealed shuts down the whole trait line. This latest attempt to revamp Shadow Arts is very promising. First of all, Last Refuge is finally gone. It’s the most useless trait that nobody wants and nobody uses. This empty trait slot is now occupied by Concealing Restoration which makes every heal skill a Hide in Shadows. Withdraw into stealth? Yes, please. The Devs also swap things around so Thieves can take both Concealing Restoration and Shadow’s Embrace. This combination ensures that the Thief is not as squishy as before since this will heal, stealth, and cleanse giving Thief longer staying power in combat. Flickering Shadow is a counter balance to Revealed. The longer the Revealed duration, the less damage the Thief takes. It replaces Resilience of Shadows which less damage while in stealth and was utterly useless due to Revealed. Finally, a Deception cooldown reduction. Who would have thunk that it belongs to Shadow Arts? My sniper build will need to be updated.

Guild Wars 2 devs changed Acrobatic in preparation to the Dare Devil Elite specialization. Dare Devils is an acrobatic specialist. These changes to the Shadow Arts might be a preparation to a new Elite specialization that uses Shadow Magic. I would be lying if I say that I’m not excited about this, but historically, Guild Wars 2 is very half-full mentality when it comes to expansion. An expansion is suppose to open up the game to many opportunity. If I’m not having fun with my current profession it would not matter how much bigger they make the world of Guild Wars 2. It doesn’t really matter if there are a lot of things to do or many things to collect. If my profession is very restrictive and very narrow-minded, none of other things matter. The changes in this patch is a very good start. Hopefully they continue this into the next expansion.