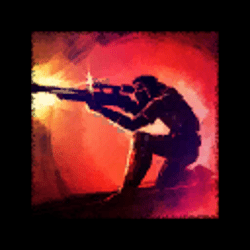 I have posted many of my builds using the Deadeye Elite Specialization and it’s time to update all those builds. Two of the builds are my Sniper build and my Skirmisher build. I have other builds that I have not posted that I have also updated. I will be posting my P/P Power and the Condition builds I was using.

The sniper is officially dead. There is no way to play as a sniper anymore. The changes to the Deadeye encourages an active play. I have to move things around and merge my old sniper and skirmisher build. The goal of this build is simple; build up Malice as fast as possible, then snipe with Death’s Judgment.

Sniper 2.0 will obviously build up Malice using Unload since it is the most efficient way to do so. P/P has a lot of utility that will help to keep me alive while building up Malice. Withdraw is my trusted healing skill so I encourage using this to stay alive. Using Shadow Meld is also encouraged, however, it is important not to consume the Malice stacks. Once Maleficent 7 triggers, meaning the maximum Malice is reached, this is the time I swap to Rifle to deliver the death blow.

The Blinker is a hybrid DE Rifle basically abusing Death’s Judgment. This build has a lot of access to stealth and has a skirmish capability. It is a fun build when messing with people’s head.

The Quickeye is a P/P build that applies a lot of pressure by rapidly unleashing a barrage of bullets. The focus is to apply and maintain Quickness as long a possible. One caveat of this build is its vulnerability to reflect so it is advised to watch out for those.

The Attrition build concentrates on dumping as many conditions to the target as possible. The main condition of this build is Poison followed by Torment then Bleed. Bleed is more like a cover for Poison as an anti-cleanse condition. There are two variant for this build; the Shadow variant and the Trickery variant. I personally prefer the Shadow variant.

I do not dislike the idea behind the Deadeye, however, I dislike the implementation of it. There is really no reason to include a casting time on Deadeye Mark nor to include a self-immobilization to Rifle Kneel. None. These two things are the main reason why I do not enjoy using this Elite Spec. It is simply no fun to use. Other than my Sniper and Blinker builds, my builds do not rely on either DE Mark, Malice, or Rifle. These three things that actually defines the Deadeye Spec is dead to me. If Death’s Judgment is not so broken I would stay with P/P in my Blinker build. Alas, it is pointless to complain about it. I’ve learned that over the years of playing this game. I just have to work with what they put out and find other things I enjoy about the game.

I picked up Destiny 2 from Humble Bundle this month so I’ll playing more of that game. I’ve played the game as a trial before and I really liked it. The game is basically Mass Effect MMO and I like the fact that it is very casual. The story and the voice acting is top notch. It seems now, after playing a few hours of Destiny 2, that BioWare’s Anthem game will try to compete with this title. The last I heard about Anthem was back in January. Oh well, Bioware just has a lot of internal problems. So, for now, I’ll be spending more time in Destiny 2.