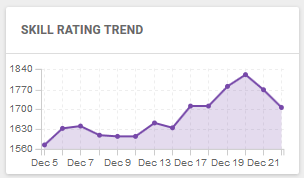 A ran an experiment last night just to gather what kind of effect someone being stubborn has in any given ranked game. Of course, I played better with my picks but I pick a hero that is generally perceived to be a bad pick. However, before I start, I want to apologize to my random team mates last night who has been part of this experiment and calling me “Fuck Enzovic” is well deserved.

First I picked Symmetra. After the update, she is a very viable hero in any given map, however, she needs a lot of support (ironically being a support herself). The first game was a loss not because I did horribly, but because of Symmetra’s presence, there are players in my team who are really critical and played horribly himself and saying, “fuck this sym, I don’t care anymore.” So this guy just go off on his own killing himself like a spoiled child throwing tantrum just because he didn’t received a dessert after dinner. Even though they ended up really hurting themselves, the very presence of Symmetra and my refusal to switch hero drained the morale of the team. In contrast, my second game was a win with Symmetra and we owned the Ilios map. We stuck together most of the time and my team helped my protect the Shield Generator and my turrets. We have setup a kill zone and we never let anyone push us out of it. So my conclusion with Symmetra is, it’s not really my pick of a hero rather it’s some jerk using her as an excuse because they are bad.

Next I picked Hanzo, who have, thanks to a certain group of people, received a very bad reputation as a favorite pick for bad players. However, my team didn’t mind me using him even though someone suggested that I pick S76 instead, they didn’t throw the game just because I’m being a jerk. I’m really good with Hanzo and in my opinion he’s essential in Eichenwald since I’ve shown them how useful he is preventing ambushes. We didn’t made it all the way through but we prevented the other team from securing the first point on a switch and I even got the play of the game highlighting on how I disposed the opponent’s Bastion. The next game was just horrible for me and I deserved all the hate I got that game. There was a D.Va on the opponent side that she made it her mission to harass me all game long. The map didn’t help either since Hanamura, ironically enough, is a place where Hanzo is really a bad pick.

Last I picked Sombra. Despite my ability to successfully disrupt my target, without communication, my team has no idea when to capitalize. I’ve disabled Reinhardt’s shield multiple times and even killed their Mercy, but my team is still standing at the choke point — this is at Volskaya. In this map, the Roadhog made it his mission to watch for me so I wasn’t very effective against that hunk of meat shield. There’s a lot of balance issue in this game where the fucking tanks can deal so much damage. I can understand Reinhardt doing a lot of damage given that he has a melee weapon and he’s slow, but Roadhog has a hook that negates his weakness of being slow plus, he deals a lot of freaking damage — his ultimate ability is absurd too in addition to his hook pulling people through walls. Anyway, we still manage to secure the first point but not the second and we got steamrolled over the switch. This time my team is very silent not caring about who I pick.

In the end, it seems that the jerks are very few but this few jerks can ruin the game for everyone. And I’m not talking about myself here even though I’m acting like a jerk, but those who basically throw their hands in the air and says, “fuck it” just because they insta-lock a crappy hero and they want someone else to heal their stupid ass. I’m sorry but if you want a Mercy in the team, you should pick her yourself and stop telling everyone how to play the fucking game — and yes, I’ll start playing Mercy again. Yeah, this stupid little experiment cost me about 120 rating points — Ouch! — probably get it back in a couple of days.