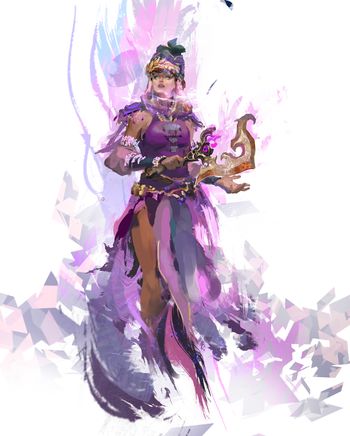 The Mesmer and My Thief

I’m a bit sour about this new Mesmer mechanic because this is another suggestion I made that I want to see in the Thief profession. Instead of mirage, the Thief is to use their Shadow Arts by using Shadow Form. Shadow Form will activate Stealth Attack even if the Thief is not in Stealth allowing them access to Stealth Attack and triggering Shadow Rejuvenation while Revealed. So this is proof that ArenaNet is reading the Thief forum just to scour ideas they can implement on other professions…sigh.

However, I am still glad to see this mechanic in the game even though it is not in my main profession. So I tried this mechanic and I had complete mixed feelings about it. I am excited that it works just as I’ve envisioned it, but at the same time, I’m upset that it’s not implemented to the Thief. However, I do concede to the fact that it works very well with Mesmer using illusions — I can’t believe I’m saying this — but yes, the mechanic did flow very smoothly with Mesmer, but then again, they could have given Thief Shadow Clones to have the same effect. Nonetheless, it is quite an improvement to the Mesmer’s play style since it is more aggressive now with an Axe/Torch weapon set, however, my favorite is Ether Barrage (Scepter).

Unlike the Elementalist’s over complicated gazillion skills, Mirage only adds a dozen skills. For a purse Power build, I would use the Axe, but for condition build, Scepter is the best. Sword is a for control build but I don’t think I like it enough. My favorite skills are, as I’ve mentioned, Ether Barrage from Scepter and Axes of Symmetry from Axe. Axes of Symmetry is a massive burst damage when timed correctly with Mind Wrack. Mirage Cloak, the skill the replaces Dodge Roll, take time to get used to because after getting used to using dodge roll to move away from a tight situation or to get past a barrier or ground effect, not being displaced will require re-learning about positioning. 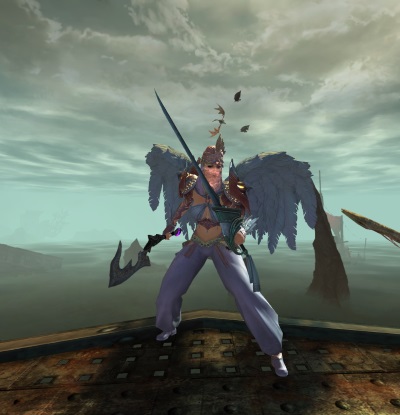 The Mirage’s Deception skills gave Mesmer a couple of shadowstep skills — another mechanic taken from the Thief — to help with the positioning issue. It is no doubt that the Mirage Cloak helps with the uber aggressiveness of the spec, but it leaves the Mesmer without and defensive skills. Thus, it will require non-Mirage skill to actually balance this Elite Spec. I didn’t get to experiment with the Elite spec but I know it will be one in my to-do list.

This is the last profession I played during the preview weekend and I’m sure to check out the other Elite spec when it comes out next week. I still think that the Revenant Elite is dumb and a bit racist since it favors the Charr over other races. I mean really, Renegade? The group of Charr who murdered countless humans? Not only that, they use a bow. /facepalm

Oh yeah, I did tried Necro’s Scourge Elite and I didn’t like it so I didn’t waste my time playing it. Reaper is still the better in my opinion.