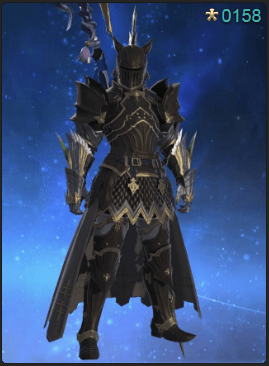 I found it beneficial to take advantage of the time off during a company shutdown to lay-off of playing GW2 since it is the most frustrating game to play. Not because the game is difficult, it’s just that it’s being designed by a group of people who are more focus on keeping their heads above the water that actually building a boat.

It may seem unfair to demand such development design time just to satisfy my selfish desire from the game, however, it is not unfair since for the same time frame and even lesser cost to the consumer, games like SWTOR and FFXIV have delivered far greater quality games than GW2. The major difference is liken to two different politicians where one listens to the people and the other acts as if they know better than the people. GW2 can easily be described as the latter. This “father knows best” attitude is what’s frustrating about the game. I took the time to clear my head out of GW2 since the writing this entry while my frustration is raw will only make this entry less cohesive since it would be written based on emotional and knee jerk reaction. Now that I have rested, I’ve finally found the strength to move on to a different game where stress is not driven by the developer’s actions and inactions. I’ve finally removed GW2 from my playlist and have finally removed the game from my computer.

I just picked up XCOM2 from the humble bundle monthly and it is an interesting game. One thing I don’t like about XCOM2 is the timed mission where the timer is not adjusted based on level difficulty — also the excessive unbalance NPC placement. So I’ve played half-way through and I’m done with the game also. Civ 6 is a great game but it never held my interest as much as Civ 5 have held mine. In SWTOR, I’ve already completed the main story so it really has no point in continuing playing, besides they have not brought back Jaesa and instead, they are adding Quinn — FFS who requested for this fool to be added only to end up in an air lock.

Now I’m playing FFXIV: Heavensward. I’ve continued the game to where I left it and move on to completing the game. Well, as of last night, the boss of the Heavenward expansion is no more (i know because the credits rolled out). So I’m currently working on the chain quest that supposed to find Minfilia. By the way, Thancred’s new look is awesome and bad ass. Saying that I have completed the expansion implies that I am also level 60. However, I’m currently stuck in a quest where the prerequisite to continue is for my gears to be at least and average of 180 item level. Now the problem is, my average item level is 150 where most of my pieces are on or below ilevel 145. I’ve already purchased my ilevel 200 spear and ilevel 230 gloves as the other pieces are very expensive. So I faced a dilemma to whether or not grind for the gear or wait for the next expansion since any gear I’ll acquire now will only be obsoleted next expansion which is coming out this year. Then I decided to not pursue the higher ilevel only to find that it is required in order to progress in the story — it’s a real bummer but the grind is not too bad since the reward is very satisfying and appropriately balanced. GW2 is the worst when it comes with time/reward ratio since the time spent in game is not often rewarded appropriately which makes the grinding process even more excruciating.

As for Overwatch, I’m playing once in a while just to get the seasonal skins from the loot box. As for the competitive ranking, it drained my enthusiasm for the game when I’m playing my best only to have a teammate who did nothing but rant about someone’s hero pick. I know that I’ve experimented about this, but it goes to show that the hero pick has little impact on the game and it’s their attitude that mostly costs us the game. I guess we can argue about this but I’ve seen many cases where the pick of Hanzo, Sombra, and other hated heroes actually won us the game, so it would be pretty hard to convince me otherwise. Anyway, the goal I’m setting this year is to have a content about FFXIV and SWTOR moving forward and GW2 will be left behind and probably forgotten. I’ll be purchasing a new image gallery I’ll be adding tons of images and screenshots of the games I’m playing.

As for strategy games, I’m almost finish with Hegemony III and judging by the number of hours I’ve spent on playing the game shows that this is a very satisfying game to play. The Total War franchise still takes me back in playing Rome II since Warhammer has already lost its charm. I’m looking for other RTS or TBS but I have not found anything that will replace CIV 5 and Rome II as my best pick for my game time. Grey Goo is a good game but it tries so hard to look and feel like Starcraft that I can compare to a singer impersonator who’s copying Celine Dion’s voice. I’m really not interested in hearing Celine’s voice since all I have to do is listen to her directly, but I choose to listen to the person so I want to hear that person. It’s unfortunate that Grey Goo missed this opportunity in making itself unique using their own voice rather than trying to imitate someone.

So the plan for 2017 is to focus on FFXIV and an occasional SWTOR whenever they release a new expansion, but for know, the way they designed the galactic command is not for me and nothing is really worth grinding about. I will grind for ilevel 180 set and continue on the story in FFXIV so according to my guesstimate, I’ll have full ilevel 180 by the next couple of months. I’m also going to be posting a lot of screenshots from this game and clean up this site of GW2 contents (I’ll be archiving them all).