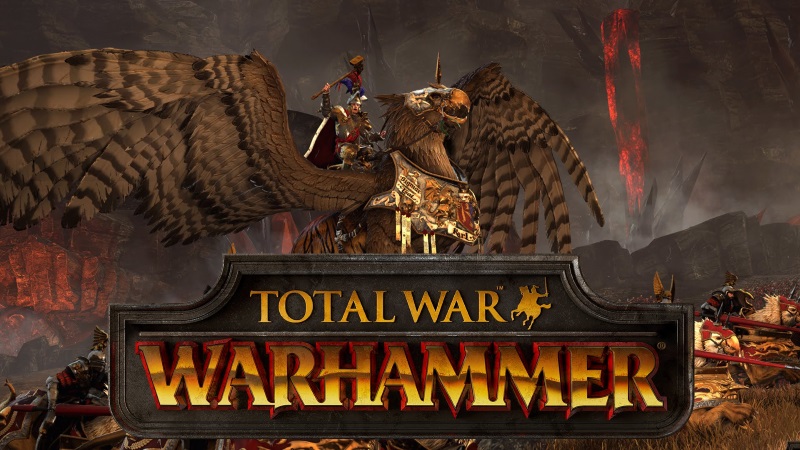 Total War: Warhammer came out yesterday and I’ve been busy juggling my play time between TWW and Black Desert. When playing TWW, it feels like I’m playing games like Heroes of Might and Magic with a twist of Total War.

I didn’t have enough time invested in this game yet, but so far it’s not a bad game but with some annoying features.

1) Where is the Grand Campaign? — At first, I said to myself, WTF? Where is the Grand Campaign? I don’t want to go through the tutorial. I just want to jump into the game, give me a brief info about the faction, and let me play. However, this is not my typical Total War game, this is also Warhammer which means that there’s a heavy RPG element into it, thus there is no Grand Campaign because of the story- and character-driven design. It’s really annoying, but I understand.

3) Targetting in campaign map sucks — Another annoying campaign UI feature is when targeting a settlement, it doesn’t show me the garrisoned leader. Instead, I have to target the unit flag that is on the settlement to see the leaders.

5) Where is my unit’s skill window? — The unit skill up is nowhere to be found in the user interface. So to get there, I just have to click End Turn so that the reminder window can pop-up and choose my unit skills from there. I still don’t know how to get to that window directly.

6) Battle map UI is a nightmare — In the battle map, the unit portraits are so fucking huge and I can’t even scale down the UI, nor can I collapse the window so that I can see more of what’s going on in the battlefield. The camera angle is bad also, I have to continuously readjust it to the correct angle.

7) Units are not dying when it should — not sure what’s the point but if a unit is completely surrounded, there is a zero chance for anyone in that unit to get away. In Rome 2, the units fight to death when they get surrounded, but in Warhammer, where it is necessary to obliterate the opposition — I mean come on, allowing greenskins to get away? no way — should also have the “fight to the death” feature.

8) Taxes — to tax or not to tax, those are the only choices. I still like the tax slider in order to balance the public order and my income.

Other than those annoyances, there are also a lot of good features.

1) Trading UI — now this one I like the most because it tells me right away what kind of economic consequences will happen after making a trading deal and what kind of trade items I’m trading.

2) Skills UI — I like this a lot because it shows which part of the unit is affected. In Shogun 2, I have to mouse-over a lot of the skills just to find the one that makes my general’s influence sphere bigger.

3) Buiding construction UI, not the campaign map UI — the campaign map building UI is annoying, but the building window UI is the best. I can see right away which building leads to the kind of buiding I want to build without going to the knowledge base just to see what buildings are prerequisite. In this window, I can see right away that I need to build a blacksmith before I can unlock the armory. Very informative.

4) Faction AI — now this my favorite part. There’s a faction with 3 leaders where one leader keeps on declaring war on me, but the other leader is scared of me, so they offer peace with incentives. I think that’s great because at least the AI recognizes that I can obliterate them and they choose survival. In other Total War games, the AI always choose death instead of trying to negotiate peace even if the deal is not in their favor just so they can survive. This is great when it come to diplomatic relations.

5) Diplomacy — I’m still starting to navigate this part of the game but so far the AI can recognize my faction’s might, which reminds me of Civ 5’s faction AI where they shiver at the strength of my empire. However, in Civ 5, despite the fact that I can obliterate their faction, they are still not influenced by it when it comes to making trade deals. In this game, some factions are willing to offer incentives just to remain in peace with me. So it seems that I can use my prowess to influence their action — not really sure yet, but I’ll sure try.

6) Charging vs melee — the spearmen seems to only get their bonus vs cavalries when the cavalries are charging but loses the bonus when the cavalry is in melee range. I think this is great because after a charge, the line is broken and the spearmen should not have the same bonus just as the cavalry loses its bonus when not charging. This gives the tactical advantage to the cavalry when engaging from behind the enemy spearmen. In Rome 2, the spearmen seem to retain their cavalry bonus even though the enemy cavalry is in melee range, which diminishes the tactical advantage of the wedge formation. This gives the battle more credibility and a bit more common sense since the spear is not an easy weapon to wield in close combat.

8) General’s influence — I’m really glad of this feature because in other Total War games, even though my general is in range, the unit will still break and rout which makes the general’s presence all that useless. In Warhammer, I can see that as long as my general is in range, my units will fight to the death — because sometimes it just a matter of which unit’s morale breaks first.

My current unit level is just rank 3 and I’m still working on getting the greatswordsmen for “The Empire” campaign. It’s a huge map and there’s a lot of factions. My experience so far is great and it would easily be my another “hundred hours” game.