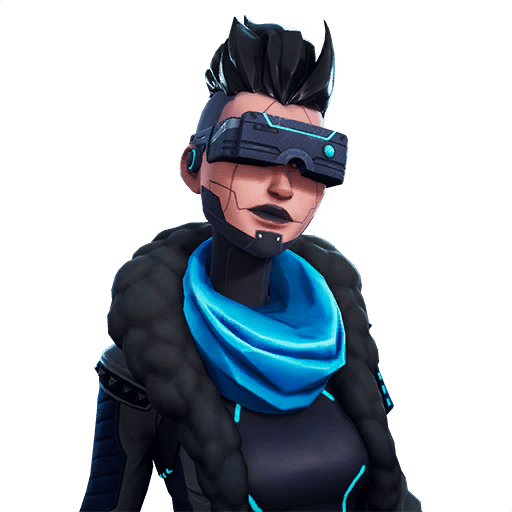 Fortnite PvE is fun and at the same time very relaxing. It can also be very exciting and stressful depending on what mission I choose to take. However, just like any other PvE games, the progression slopes get steeper over time.

I started leveling up Pathfinder Jess, then Archeolo-Jess, until I found T.E.D.D Shot Jess. TS Jess is my best all-around hero. By focusing all my skill points in Offense and Tech, T.E.D.D.Y. deals a lot of damage and have a short cooldown. The strategy for playing Jess is to create a fort that funnels the enemy towards TEDDY, which requires a lot of resources to be effective. Jess is a really good crowd control hero.

I have several different versions of Penny, just like Jess, but my favorite version is Vintage-Tech Penny. She specializes in crowd control using decoy and plasma at the same time buffing the walls. She’s a good alternative to Jess except for the part that she has little option for escape. Unlike Tank Penny who requires high fortitude and resistance, Vintage-tech Penny strive with offense and tech just like Jess. I can’t really play fort defense in Fortnite without Penny.

Other than the Outlander and the Constructor I have not used a Ninja or Soldier in Fortnite, however, I have a legendary hero for each that I am yet to start using. Probably because I am yet to find a really good soldier or ninja. So far, the Ninja and Soldier I have are not that impressive compared to my Outlander Jess and Constructor Penny.

The skill tree in Fortnite is a bit disappointing that some skills are locked effectively forcing me to spread out my skill points instead of focusing on one path. I guess it’s a way to slow down progress and probably provide a better experience but it’s a cheap way of doing it. If I am experienced enough in this game, I should be allowed to take risks like sacrificing durability for more damage. However, it’s not that bad it’s that the illusion of choice is too obvious.

Plankhattan Project. sigh. Before I bought Fortnite, this particular mission has been a pain in the ass for many players. They’ve reduced the requirement from 3 to 1 and it’s still a pain in the ass. The fact of the matter is, I have to defend the siphon for 3 waves on top of the mission objective. This makes this unfeasible in mission map with time constraints. In my opinion, they should make this a mission objective just like the shelter or at least make defend only one wave. I choose the former; make it a mission map objective. In addition, they should remove the option of gathering the BluGlo before the third wave.

The schematic and re-perk systems are brilliant in my opinion. I can practically customize any weapon I want to exactly what I needed. The random perks are annoying from the start but as soon as I’ve unlocked re-perk, I have made a damage assault rifle and high crit rate sniper rifle. I’ve also created a specialized sword for killing off Mist Monsters. There are also a lot of fun weapon designs, for instance, my personal favorite is the Tiny Instrument of Death.

The existence of traps makes Fortnite a tower/castle defense game. It reminds me of Dungeon Defenders. Unlike Dungeon Defenders, I can build walls and shepherd the husks to their doom. (evil laugh here). So in a way, it is more like Sanctum 2 than it is Dungeon Defenders, yet at the same time, it’s a fort defense. This is the most fun part of Fortnite for me. Gathering resources and building structures of doom only to watch it fail to meet your expectation. I once built an elaborate maze of traps to only watch the husks spawn at the opposite side. A new opportunity to create a new maze with traps. It’s a never-ending fun building it and fun watching husks get obliterated in it.

So far, I have a positive experience with the Fortnite community but of course, I’ve also experienced some toxicity. Since I can mute, block, and ignore toxic people, I don’t have a problem most of the time. One aspect of the toxic bunch that I don’t appreciate is purposely sabotaging the mission. Another group of toxic players is the scammers, which you have to be pretty dumb to get scammed. I guess, on a positive side, the scammers are making players smarter in the future. A silver lining, I guess.

I think they should do more about the bot spammers in chat, make Plankhattan Project a mission map objective, and have a smarter matchmaker system in place. Other than these short coming, given the fact that Fortnite is still in “Early Access”, I would still recommend it. Unfortunately, in a few days, these things won’t matter since I may be spending a lot of time playing Monster Hunter World, it comes out August 9, which is tomorrow. Then if I choose to buy Battle for Azeroth, I will be playing that also

I have read rumors about BioWare doing something for Mass Effect, Dragon Age, and Star Wars: The Old Republic. It seems that failure of the recent movies requires the Star Wars game to be revitalized even after making a decision that they will no longer develop the game. As for Mass Effect and Dragon Age, I won’t hold my breath. The last game for this series are not great and as long as EA is publishing these games, I am not optimistic. They report about having a high support for Anthem, but I doubt that. It seems that EA wants their own version of PUBG in Mass Effect universe since every developer is making their own version of that game mode. And I won’t be surprised if the new Dragon Age game will be more like Monster Hunter hunting dragons. EA is the company that takes an original game, kills it, and copies other games. They could have made a lot of money producing the original IPs (e.g. Command and Conquer), yet they bought the series then shelved it. They did the same with SWTOR, ME, and DA. So this news i have to take with a huge grain of salt. I just don’t trust EA.