I finally got my copy of DA:I from Origin and I have logged 4hrs of game play. Technically, most of that time was spent on character customization and unexpected crashes.

The Crash
As expected, this game would be taxing to my system and finding the right graphical settings sometimes can cause a game crash. Also at the same time, Nvidia released a new video driver that may have contributed to the crash. The most frustrating part of the crash is when it happen during character creation where I lost everything I have done. I was really angry last night since the graphical setting is set on automatic yet it failed to automatically adjust to my GPU’s capability. I have to tweak this myself before I start my next customization. For the record, the game crashed 3-4 times before I managed to stabilized it by lowering some settings. There are times that everyone’s hair was too shiny like they were made of plastic. So for the first impression, it did not start very well but I don’t fully blame the game since I believe it’s a shared responsibility between the game and my rig.

The Introduction
To be honest, DA:I introduction is not that great. It feels like Skyrim since it started as my character being a prisoner who is willingly/unwillingly became the most important person in the world of Thedas…yet it falls short. Before we continue — what the fuck happen to Cassandra’s beautiful face? She now looked like a dude. WTF Bioware?! 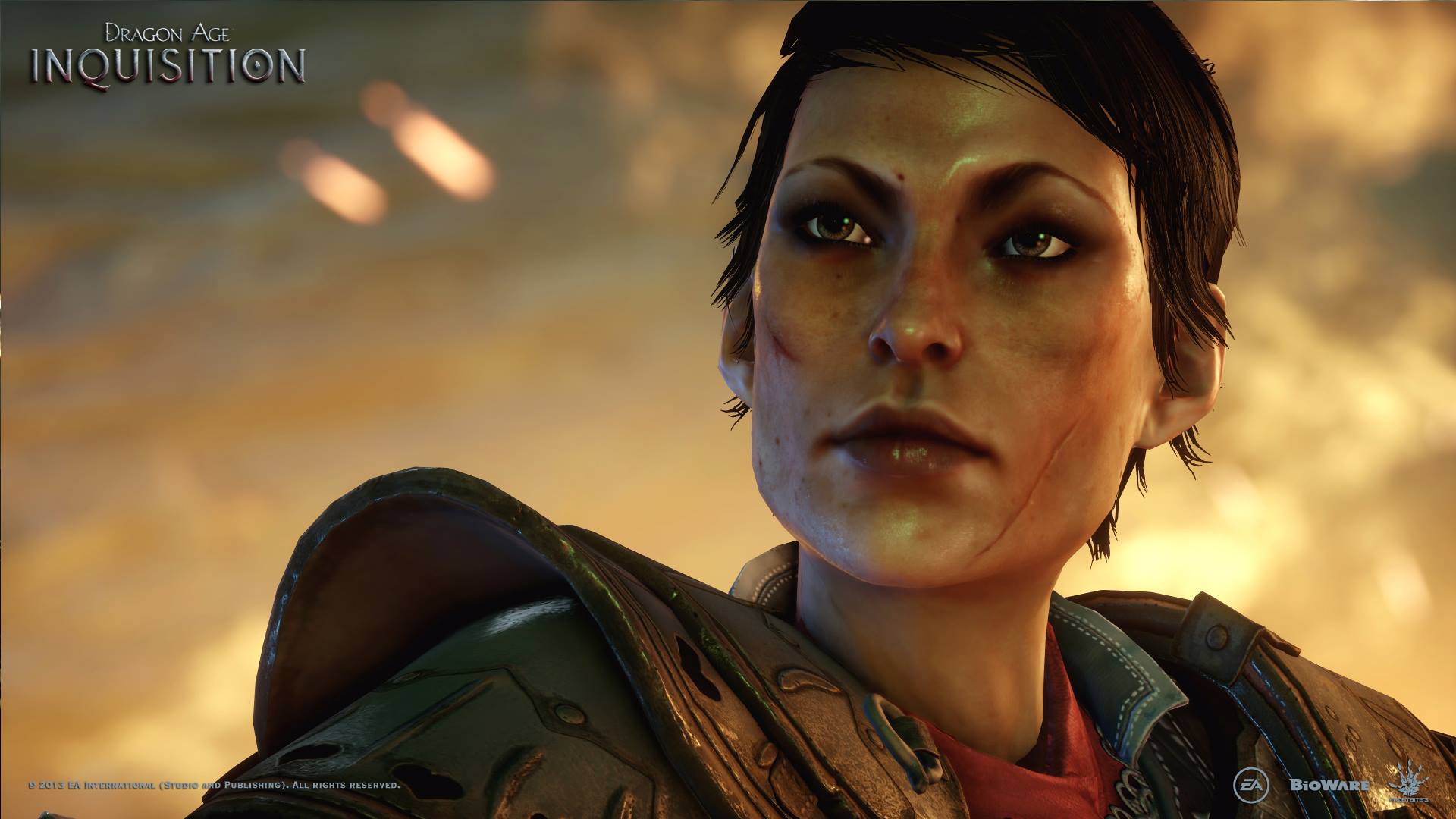 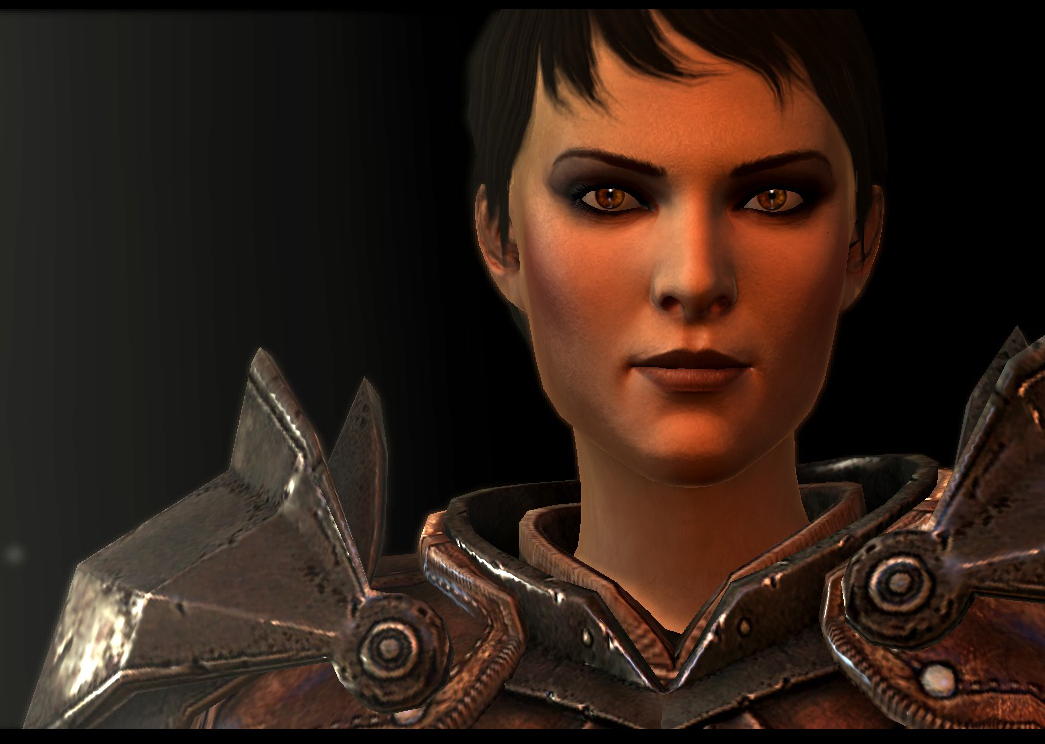 However, Leliana is looking ever hot and awesome… 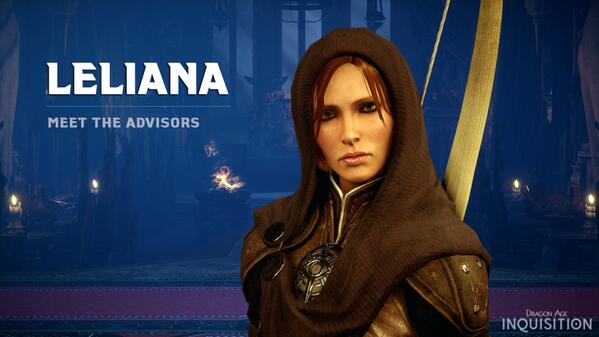 I’m sure that a mod team is already working on restoring Cassandra’s feminine beauty. Whoever designed Cassandra needs to get their eyes checked or do some research on how Cassandra suppose to look like — damnit, that really pissed me off. You just don’t mess with beauty.

As the story unfolds, things make less and less sense. I get the main gist, everyone was going to this Mage/Templar summit then everything was blasted to smithereens, ok, got it. The “now what?” is the one I don’t get. A rift showed up from the Fade and we have to close it. I’m like wtf? This is D-R-A-G-O-N A-G-E, why it is not about “DRAGONS”? Seriously!

So ok, whatever, maybe this is just to introduce the plot but I still can’t get the disconnect out of my mind. My character somehow was forcefully volunteered to do the right thing without any choices. I mean my character has been saying that, “You want to kill me, yet you want my help?” I can’t help but to face palm every time I get to choose a response and that’s one of the options.

So we went to the mountain, fought a demon, and semi-closed the rift before my character passed out again. The mechanic of the fight is ok, I really wish that I can zoom in to a first person view to better target the rift and I can’t shake the feeling that it’s a rehashed of the fight in DA2 before Flemeth arrived.

When I woke up I’m the “Herald” and was given the leadership position. I mean, seriously?

To put this into perspective, I’m going to reminisce on the last two Dragon Age titles.

Dragon Age: Origin
This game has 6 different introductions. Human noble, dwarf noble, dwarf commoner, city elf, dalish elf and mage. Each path has a different story to tell that builds into their purpose in the Grey Warden. Even though my character is silent, the dialog are rich and meaningful.

As a human noble, my character’s family was betrayed and wiped out except for him and his brother. The necessity to join the Grey Warden is inevitable since my character has no where to go and he has to bring the bad news to his brother.

As a city elf, my character refuse to be slaves anymore. As a mage, my character seeks a place where he can use his talent without restrictions. Each path with their own unique motivation.

My character progress into the story because later on the king was betrayed and my character and Alister were the last Grey Warden in Ferelden. My character’s purpose to join the Grey Warden leads into the responsibility of rebuilding it.

And why is the world messed up? wait for it…because of a Dragon. Imagine that. A game called Dragon Age with a dragon as the main antagonist.

Dragon Age 2
This game’s introduction is the best in my opinion. My character’s family is running from the darkspawn feeling helpless that they are running out of places to run. The intensity level is high and it started out with a humor. Varric’s over-exaggeration of Bethany’s asset was a great addition to keep the game less too serious. My character in this game has motivation, background, and purpose. However, this is the start where dragons became less important and the focus from dragon to mage/templar animosity starts to turn. At least the introduction have a dragon even though it’s just Flemeth.

Dragon Age: Inquisition
Now comparing to DA:I, my character has no background, he has no purpose, and nothing motivates him other than the fact that two ladies had asked him to save the world. The declaration of the Inquisition was kinda lame also — feels rushed to make the decision. In DAO, my character, Alister, and Morrigan debated what’s the best course of action to take while Alister takes a lot of burning from Morrigan to her amusement. DA:I is waay too serious, even Varric is so damn serious it’s depressing. Also, the dragon is completely absent.

User Interface
My pet-peeve when it comes to games made for both PC and console is the UI design that favors the console users. You can see this clearly when the UI is clunky and more specifically, when I was scrolling with my mouse wheel. The functionality is there, but it was intended for a controller to be pressing the up/down buttons. Because of this decision, the control and game play is annoying for a keyboard and mouse.

Companion AI
Besides this annoyance, the AI is superb in my opinion. This is the best AI I’ve seen for any Dragon Age title and it seems to have taken the Mass Effect 3 playbook about AI creation then kick it up a notch. Very well done.

Combat
Combat is a little clunky as a melee since there’s no clear indication on who am I targeting. I mean the starburst is there, but it gets lost during a fight where particles are all over the place. However, it’s not punishing since it’s not a requirement to have a target to deal damage. I can still damage someone around me even if they are not my target, so I guess it’s fine.

Conclusion
That’s all I have so far since there are more to explore like the skill system and crafting. Looking over the skills though, I see a lot of passive abilities and it’s too restrictive and it seems limited. That’s just by scanning them, I still have not seen them in action. Hopefully though that they have implemented a way to re-spec later on.

Side note
ArenaNet had released a new patch to their living world but instead of patching my GW2 copy I’ve trashed the GW2’s game folder. Everything they do don’t matter to me now. 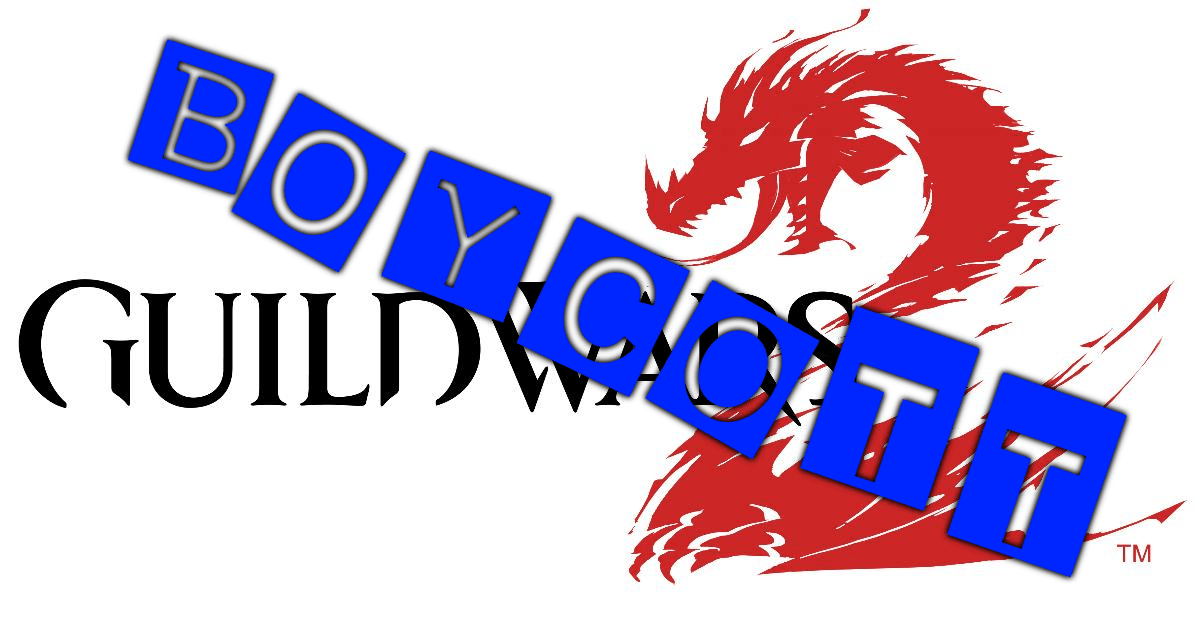 I’m officially boycotting this game until they stop wrecking it by adding more and more stuff, start stabilizing the game, get rid of the stupid loading screen from zone to zone, and fix what’s been broken since beta.

Even though it takes SWTOR, ArchAge, and DA:I to finally trash GW2, I believe that it’s well worth it. I stopped playing my alt’s story since I get better story in SWTOR, and I completely stopped playing GW2 since ArcheAge. With DA:I, GW2 is finally in the trash.