My main character is now level 39 and the dungeons are starting to be free of bot as I go up in level. It seems that they only pester the low levels only because their accounts are kept on getting banned. Never mind that, they’re no longer important. What’s important is what’s going on gameplay wise. So here we go.

The story so far in the Daggerfall Covenant is a very interesting one. It’s a kind of alliance that is so fragile that if not for them having the common enemy, they would have been fighting amongst each other. Only the covenant, the promise, or oath, that they will set aside their differences else they individually succumb to the power of the Empire.

The first half of the leveling process, level 1-25, dealt mostly on keeping the covenant from crumbling from the inside. My job is to go around and help everyone, giving them new hope and building allies. My character becomes the conduit, the glue, that kept the covenant from falling apart. First I helped the Orcs, then I helped the Bretons, and I just finished helping out the Redguards. At level 35, the story arc to the problem against the Imperials.

I’m not sure if the Undaunted has its own story line since I’ve completely ignored them. They extort money from me in a form of buying them a drink. I know that it’s not much, but I hate the fact the it’s an obvious money sink. I mean I can’t even afford a mount yet and these guys are extorting money.

Another thing I like is that they have 2 different kinds of dungeon. A group dungeon and a public dungeon. The public dungeon has guaranteed Skyshard (most of them at least) and a boss that can drop something nice, but I haven’t seen it. I camped one of the dungeon boss at one point, but all I’m getting was trash. So after that, I only stay until I get the achievement then I move on. I have better chance of getting better loot from random mobs than from the dungeon boss. I have 3 artifact quality items as my proof of that. Of course the lower level public dungeons are littered with bots camping the boss spawn. You can tell that they are bots by simply looking at their name consisting of random arrangement of letters. They typically a group of three characters, moving up and down the hall killing everything then back to kill the boss. The higher level dungeons are less likely to have bots since it’s not easy to progress without doing the quests. It takes 3-4 times longer to level up just by killing mobs since the game is designed for players to do quests. I guess that’s a great way to filter out bots from spilling through the higher level areas.

So far, I’ve just won my first battle against the imperials and the High King Emeric wants to push them out further from the south. As I slowly progress to level 50, one thing is surely missing…a companion. It gets lonely doing everything on my own. Although I do have companion sometimes for the duration of the quest, but I’m looking for something like SWTOR type of companionship. Or at least one of the damsels I’ve saved from their distress would offer some type of companionship or at least flirt a little. I never like being a faceless, uninterested, emotionless, character like in so many games I’ve played in the past. I guess I don’t mind it much since the NPC I’ve met so far appreciates my character. I just wish that they do more — SWTOR have set a higher standard for me when it comes to NPC interaction.

After I complete the Daggerfall Covenant story line, I’ll be finishing the Dominion story line next. I have a level 10 doing the Ebonheart story line but that story line seems to be boring and the zone is really depressing. I mean, who in their right mind would inhabit at the foot of an active volcano? On top of that, the Argonian face are starting to bug me. There’s a lot of ways to make lizards look good. 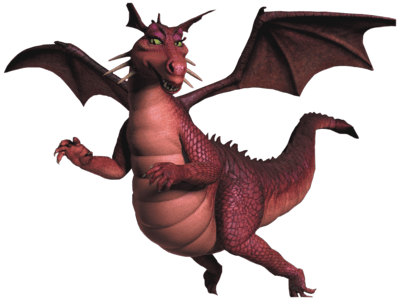 Right? They should have fixed that. Any way, back to Tamriel later today.