I haven’t been playing any MMO lately and every time I re-sub to WoW means I’m bored, really, really bored. So bored that I login to GW2 to test drive the new PvP map called Stronghold. According to ArenaNet; “[Stronghold] takes inspiration from the GvG game mode and from the Fort Aspenwood game mode from the original Guild Wars.” (link) so I said to myself, ok, let’s give it a shot. So I downloaded the patch, queue for the game, and it was… nothing close to ever being inspired by Fort Aspenwood. Here’s why. 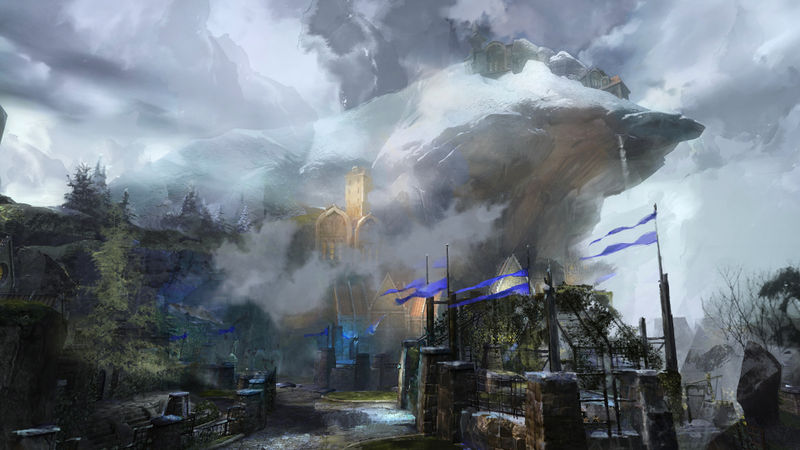 1) Map size is tiny compared to Fort Aspenwood and Guild Halls — Fort Aspenwood is big, so big that it can handle giant siege turtles…and what do Stronghold have? Turai Osssa /facepalm. To be fair, the contesting supply pile is akin to Amber Mine, but come on, who are they kidding. In addition, it’s being compared to a GvG where guild fights happens on the defending team’s guild hall, which is also big that can handle an 8v8 match. I personally have issues about the map size because it doesn’t provide any alternative route. For instance, there are two Amber Mines in FA that forces the Luxon to split if they want to take them over and deny the Kurzicks. Also, there are guards on the mines to provide a window for counter attacks since this delays the attackers. The distance that the Amber runners have to travel gives Luxons time to attack the mines. The distance that the Siege Turtles have to travel gives Kurzicks time for ambush. You don’t find this window of attack/counter-attack in Stronghold since I single-handedly denied the opposing team supplies with my Staff/Hammer Guardian using skills that block the enemy’s path. The bottom line is, Stronghold is overhyped it’s tiny and boring. 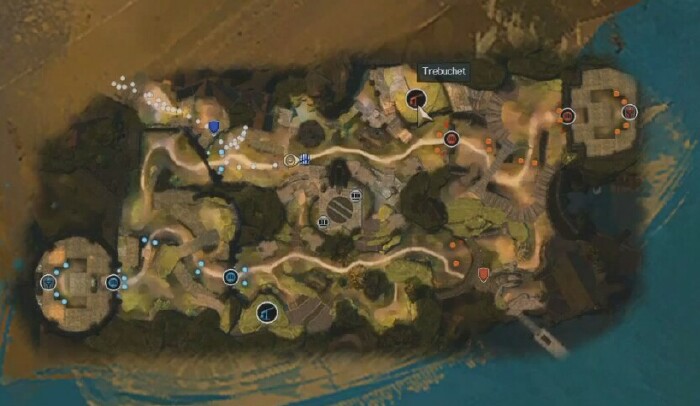 2) Objectives – Supply runs — the supply depot should be a capture point that spawns NPC guards that interrupts enemy from taking supplies. This will require players to dispose of the guards first, which captures the point, and making the supply depot important — and each supply a player carries should slow them down or should not be affected by movement boost (only if they choose to keep this small map size, if not, then speed boost is fine). What I’m talking about is creating a counter play since as soon as the player got the supply, there’s no way to stop them. Players can literally ignore each other in the supply depot and keep the supply line uninterrupted. If this is a capture point, players will need to defend it which takes them out from the pushing party — again an opportunity for counter-attack. 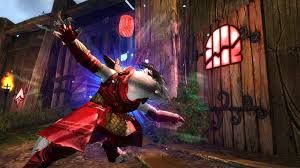 3) Objectives – Both teams attacking? — having both teams attacking make for nothing but a mess. If each team is randomly assigned as attacker or defender, it makes the gameplay more interesting and fun — much like GvG and Fort Aspenwood. In other words, I don’t really see the inspiration from GvG and Fort Aspenwood at all. It might be too late to re-create the map and more than likely that ArenaNet will stick with this, but if they want more players to actually play this game mode, then they need to stay true to the material they used for inspiration. Make one team as the attacker and the other team as the defender. Keep the two lanes, but both sides will be ports of entry. Attacking team needs supply for attacking NPC and defending team needs supply to fix the damages and to reduce the timer by giving supply to the Lord so he can charge up a superweapon or something — similar to FA, but with GW2’s touch. The bottom line is, they need to add a sense of urgency for both teams.

4) Objectives – defeating the Lord — come on, he’s too weak. Either he gets a buff or his bodyguards are. In FA, the Lord’s bodyguards are healers and warriors which force the players to take them out first if they want to defeat the Lord. Attacking NPC needs to focus on the bodyguards first, not on the Lord. The Lord just dies too fast, at least make the players work up a sweat first. ArenaNet should not re-use the Lords from the other maps since the Lords from those maps are optional and not the requirement for winning, thus they are weak. The Lord in Stronghold needs to be tougher with healer bodyguards.

In conclusion, as it stands now, Stronghold is meh. ArenaNet should stop comparing this to GvG or FA since it’s not even in the same scale. They also need to make it bigger, assign attacker and defender, make the supply depot a capture point, with NPC guards, that creates attacking NPC and fixes damages and shorten timer, and make the Lord tougher. Whether they are going to make changes or leave it as is, I’m sure players will find it “fun” — surely I don’t.

So I did my daily quest with my Guardian then back to WoW to run old content raids with my level 90, then back to playing Shogun 2:Total War.