Based solely on my personal observation, it seems that game developers have been maturing lately — which is a good thing. What exactly do I mean by this? It’s quite simple really. When an adult tells a little kid what they should not be doing, or guiding them to help them improve themselves, chances are, the little kid will not listen and do what they want to do anyway — then they’ll get in trouble. No different than what game developer’s attitude towards their players in the last couple of years or so. However, when they start acting like an adult, their player-base tend to emulate this attitude. In my opinion, this is the right path towards professionalism.

Let’s take a look at ArenaNet for example. For the last two years, they’ve been acting like a little kid who covers their ears and close their eyes while saying “blah blah blah” when the community were expressing their dissatisfaction to the direction they are taking the game that supposed to be about the players. Like any adult would do, they stop giving the kid nice stuff to make them stop their unacceptable behavior. ArenaNet undoubtedly have felt this from their community. I personally know some players who spends $20-$30 a month in the gem store to only stop doing so because ArenaNet just pissed them off. What exactly did ArenaNet do? They insisted on Living Story and gate the content behind 200 gems per episode. From my point of view, it’s already punishing that I cannot login in game when the LS episode is live, but to also punish me even more by gating it behind 200 gems. As a player who spends $20-$30 per month, this shit ought to be free. The announcement of the expansion placed ArenaNet in a right path where they should have gone in the first place. Two years have been wasted trying to lead players on some nonsense and making things that is not even related to the core lore of GW2. Whether they admit this or not, Living World/Story is a stupid idea that should never ever be replicated by any game developer. Dynamic even is fine because it’s repeatable so if I missed it, I would simply wait for it to reset, but Living Story was the biggest bullshit ever.

The maturity level is not exclusive to ArenaNet, however. BioWare is my favorite developer for a reason. This company has leader and and members consists of mature developers. Their decision to abandon their latest project to focus on supporting SWTOR is the best mature decision they’ve made. I hope that Sid Meyer, 2K, and Firaxis will abandon other silly projects (I’m looking at you Starships) and focus on Civ:BE too. Blizzard is my next favorite because they address player’s concern and explain clearly when certain path would not work. The way Blizzard communicates, the amount of information they share, and the frequency of these shared information is superb in my opinion. These are the model developers that everyone else needs to look up to. You can’t just cover your ears and close your eyes anymore, because that kind of behavior will only attract players with similar behavior that are deem toxic to any kind of community. 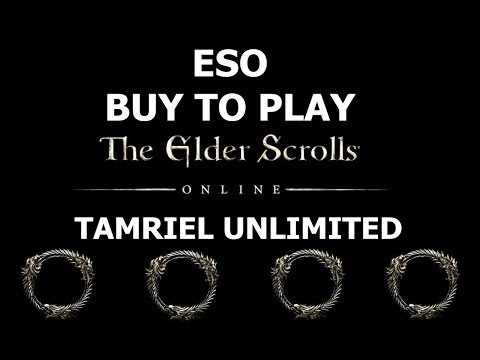 I’m really glad that ESO abandoned their p2p business model, but I’m not sure if that would be enough to bring anyone back. It’s too late for me, but I did re-installed it and tried to play it — unfortunately, it’s really too late for me. You can’t simply break someone’s heart and tried to mend it by making things free — it just doesn’t work that way. You need to show that you’ve changed and improved and looking at 10k crappy mount tells me that you’re nothing but still a money grabber in the end. I really do not pity any game developer who never learn from other game developer’s mistakes. I mean, Blizzard lowers the cost and level requirement of mounts in WoW for a reason — making it expensive is stupid, even for a game with subscription fee. ArenaNet allows players to re-spec their skill on the fly for free in GW2 because charging players for hard earned gold to re-spec is stupid, even for a free to play game. Learn from these ZeniMax — for crying out loud, stop being stupid and grow up.

Let’s be honest, if you’re a developer who release non-serious materials week after week, the perception of the player community will perceive you to be a joke — and those who buy your silly store items will only attract jokers. Real players want to play real content, not something built half-fast and added with a “grind” factor and think that players will simply run through it ad infinitum. I, and other players like me, will go through the content once and judge for ourselves if that particular content is worth repeating. This is what mature players do and mature developer will give these players an honest wide and deep content — not a revolving front door.

So far, I’m liking where all the game I like to play is heading. So I like to commend that these developer continue on what they are doing right, learn from what they did wrong, and give us the best content they can create. To every other developer, either you change your attitude or your going down in flames. Learn from these, even SquareEnix admits their mistake and rebuilt FFXIV from scratch — and look at where they are now!