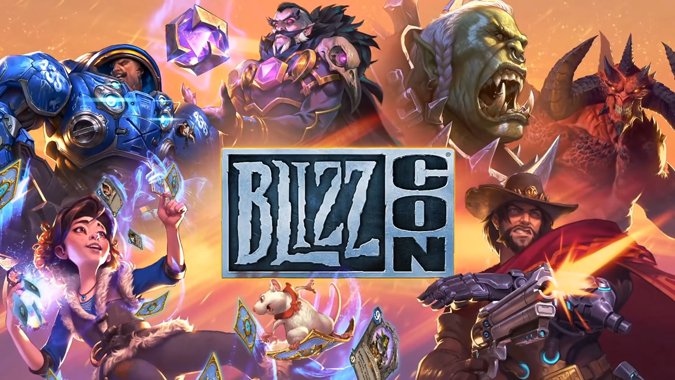 Blizzcon is over and SquareEnix’s Fan Fest is on their way. News from both events are mixed with good and bad news. Blizzcon got a lot of good news but didn’t really got the reaction they wanted.

Blizzard has announced a lot of new things during the Blizzcon that I can be excited about. Starting with the World of Warcraft patch 8.1, Blizzard is finally giving some more love to altaholics like me. There are still bits and piece of what is actually going to be in the 8.1 patch but the fact that they are going to reduce the time for leveling up is a good news indeed. I’ve finally got all my alts to level 110, except for the new allied races, ready for the next patch. Word of Warcraft is also celebrating its 14th birthday so more fun stuff are going to be added with the patch. Blizzcon also introduced a new hero for Overwatch, Ashe, and she is using one of my favorite rifles. I don’t play Overwatch anymore but I still get excited about the new heroes, except for Hammond, that was a stupid move.

Now for the bad news. Well, ok, it’s not really a bad news it’s just that it is news that people had taken badly. Diablo Immortal, exclusive to mobile devices. I can understand the decision made for this from the business point of view but Blizzard is forgetting that their Diablo fan based are PC players. The reaction to this news can be seen in their YouTube cinematic trailer video. The video has 4.6+ million views, 24k thumbs up, and 651k thumbs down. I have not seen any video from Blizzard that is hated that much. In my opinion, the game is aimed for their Asian market where mobile games are booming. Fans of the genre obviously didn’t like this idea at all. Diablo fans have waited 4 years from Diablo to Diablo 2, then 11 years from Daiblo 2 to Diablo 3. It’s been 6 years since Diablo 3 came out and players are not going to wait 10 years for the next Diablo game. So the expectation that the Diablo announcement will be Diablo 4 was met with disappointment when they heard that it’s just another mobile game. Diablo 4 is less likely to happen just as Warcraft 4 is also unlikely to happen.

Speaking of Warcraft. Blizzcon has revealed that Warcraft 3 went through the same remaster process as Starcraft, Warcraft 3 Reforged. I have been longing for another Warcraft RTS and this might occupy my time when it released. In addition to the Warcraft universe, Blizzcon also announced World of Warcraft Classic where players can experience how pain in the ass it is to play vanilla WoW. Good news but no thank you. I’m already glad that I can in to WoW in 2.0 where things are a bit better. Well, that’s it for Blizzcon.

The Final of Fantasy

SquareEnix is having their own Fan Fest convention and have just recently announced that the next Final Fantasy 14 expansion to be released next year. I have yet to finish Stormblood only because the grind just gotten real. They featured a video for the next expansion where they showed the player character switching jobs mid-fight. I’m not sure if this will reflect game play but that would be a very interesting system. They’ve also teased the new job, Blue Mage, but no details yet. One thing for sure, it will be a very busy winter holiday.