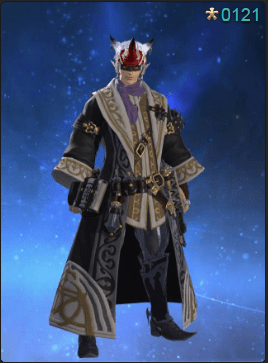 I’ve finally bought an iLevel 250 chest armor last night which brought my total iLevel to 230, so I was excited to finally finish the main story quest line. To be honest, it’s not really worth the wait.

Compare to the finale of ARR, the finale as a prelude to Stormblood is kind of “meh”. It’s just not as thrilling as the last finale. The last one had me wondering the whole Heavensward expansion on what happened to everyone. This time around, the moment doesn’t have the same impact. I don’t want to go on to details to not spoil it for anyone, but the ending is not that bad on its own — it’s just that the transition story in ARR is much better. I just think that they should have shown more or get a lot more characters involved. I don’t mind having Alphinaud missing this time around — in fact, I wanted him to be the one missing and have Yda hang out with me the whole expansion. Alphinaud is not a fun companion to have around the whole Heavensward expansion, I’ll go along with Krile any time, or Y’shtola, or that boring twin sister — basically anyone who is not Alphinaud. Hopefully I don’t have to team up with him in Stormblood too. *fingerscrossed*

Well, that’s that and currently I am working on getting my Summoner to level 60 then, when time allows, my Ninja. I’m working on a Monk on a different character only because it’s much cooler to have a female Monk. I’m also going to make her a Scholar — so basically, any job that I think better suited for a female character will be this character. For instance, Gladiator is much cooler on female, Monk and Scholar as I mentioned, Black and White mages, Archer, and Astrologian. Dark Knight and Machinist didn’t really click with me and especially the Warrior. When Stormblood comes out, I know that everyone will be rolling a freaking Samurai and even though I also like the Samurai, I like the Red Mage more so I’ll make my main a Red Mage. It might be cool to have a female Samurai, but I’ll have to see it in game first if they look cool then I’ll have my female character run that job. I’ll see if the Red Mage is what I visioned it to be. I’ve played a Red Mage in FFXI and I like how the chainspell worked but in FFXIV, it seems that Red Mage will also do some physical damage. It’s like playing my Dragoon and Summoner at the same time…maybe, I hope so.

The Summoner was the first Job I’ve chosen and due to the influence of Moribito, I switch my main Job to Dragoon — Jiguro is so cool. Anyway, once my Summoner reached level 60, I’ll power level my Ninja next and I think the Ninja is better suited as a main Job in Stormblood main story quest. However, if the Red Mage hooked me in, I’ll be playing the whole expansion as a Red Mage. I might try a Samurai, but it’s more about novelty than making it as my main Job, but we’ll see. Also the reason I’m not so thrilled about the Summoner is because I’m only able to summon 3 things which were not how Summoner is supposed to be in the Final Fantasy universe. Summoner is supposed to summon Primals as their source of spell damage, albeit, the Primal is a mini version. Compare to what Summoner can summon in FFXI, a much older game, I was really disappointed. FFXI Summoner has a lot more depth and variety of summons — I mean come on, a mini-Shiva, mini-Garuda, or miini-Fenrir, an actual mini version and not the fucking “-egi”, would make Summoner more appealing. Square Enix really need to expand on Summoner and I’m all for a whole redesign of the Job.

The Ninja has an interesting mechanic, so far, and it has very cool animation. I’m still getting used to the rhythm of the Job since the flow is very different from my Dragoon. Right now, it’s rather boring due to the limited number of skills. Just like my Dragoon, I hope that in higher level my Ninja will be able to do DPS as much or greater than my Dragoon. My Ninja just hit level 40 so I’ve passed the half-way point.

My female character has a lot of work to do but I’ve seen a lot of cool Monks at level 60 that I am more inclined to power-level her also. Dark Knight gets a really cool weapon at max level too but I just can’t have myself get motivated in leveling one up. My female character will also look cool as a Ninja, but that would be redundant since my main character is already a Ninja. Maybe just a novelty but it has to be a very low priority. When walking around in Idyllshire, I am yet to see a cool looking female Ninja.

It’s going to be March next week so June is not that far off. I’ve already pre-ordered a Collector’s Edition Digital copy of Stormblood (I’ve always bought the CE Digital) and I can’t wait to explore the new land. Oh yea, Stormblood will introduce Diving, as in, underwater exploration. A very exciting expansion and hopefully less tragic than Heavensward.