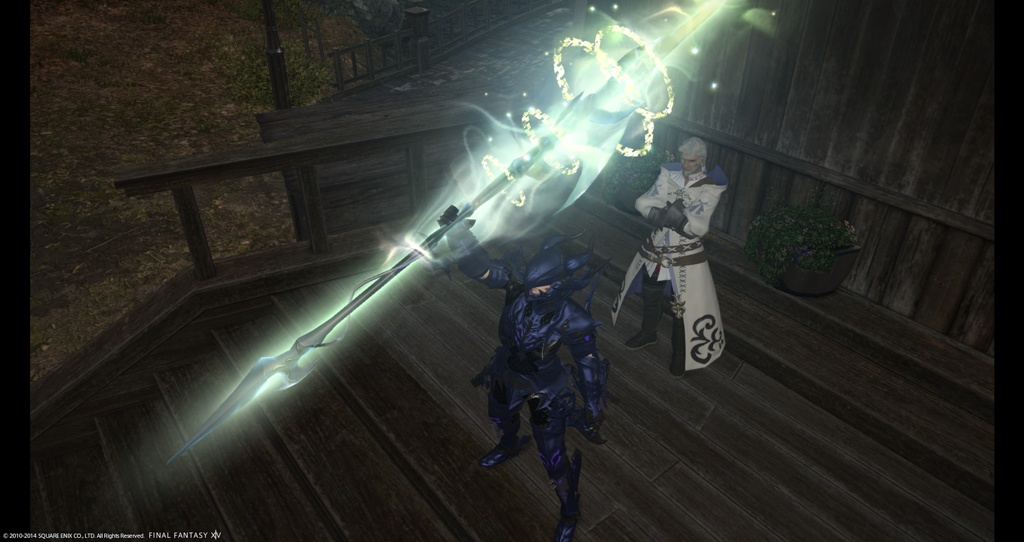 As I continue to collect the necessary items in order to evolve my Anima weapon, I came across another dragoon in game carrying a very good looking spear. I closely inspect it and it is the Gae Bolg Nexus. We wants it (Smeagol grin), my prestshoos.

Gae Bolg Nexus is a very pretty weapon and I’ve only made up to Atma in my attempt to complete the weapon. I’ve checked the requirements last night and I’ve found that they reduced the cost in getting one. The Trial of the Brave book used to cost 1500 tomestone and that basically the reason I didn’t pursue this endeavor. Last night, the cost of the book is 100 tomestone. Not only that the cost was reduced but the requirement to complete the task was also reduced. The mob that I have to kill used to be 10 each, now it’s just 3 each. Back when this was current, the main complaint was that there are only 3 mobs that spawn at a time and everyone is hunting them down. So the progress of getting this task completed is rather slow since there will be a lot of waiting for respawns. I just breezed through the first task last night by killing every mob on the list and crossed it off. The next tasks look like a pain since one task is dungeons, another is Leve, and the one FATE. The FATE will be a pain in the ass if it requires a specific FATE. I didn’t look at the tasks’ details just their name since it was getting really late. My desire to get the skin toned down last night. 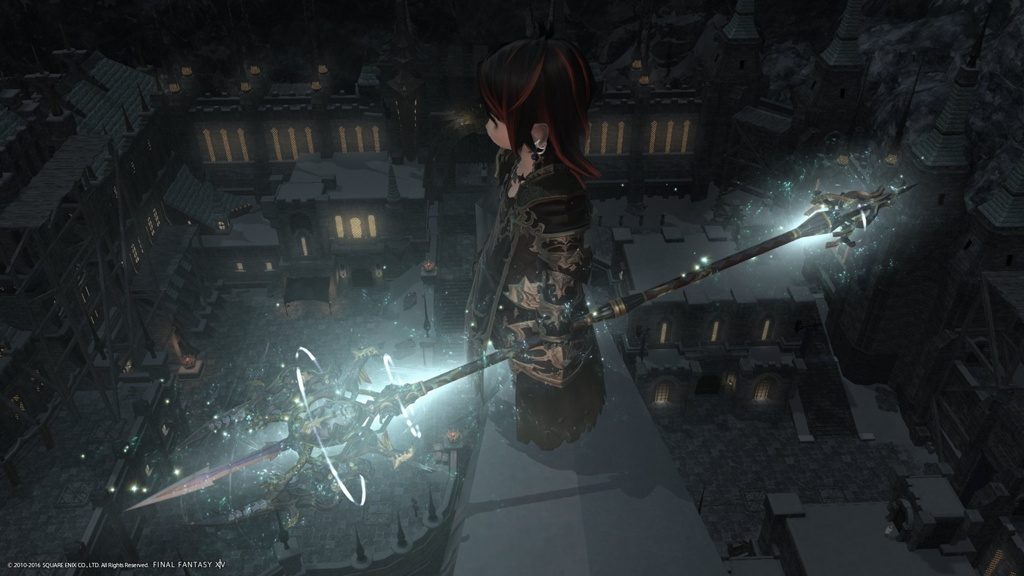 Another option is to try to get at least the Sharpened Trident skin. However, the cost is rather a pain in the ass. Yes, yes, I understand that these skins are designed to be a pain in the ass because looking at these skins, they are well worth the trouble. The plain Trident skin is very boring so I need to at least get the skin with the glowing animation. The end weapon is the Adrebhar Lux. Now, this weapon is also very pretty and I have not seen anyone in game that has this weapon skin. In fact, I have not seen a lot of dragoon in Balmung. Who am I kidding, I have been on my Red Mage and Botanist this whole time and I assume that everyone else is busy leveling up their new class and profession. 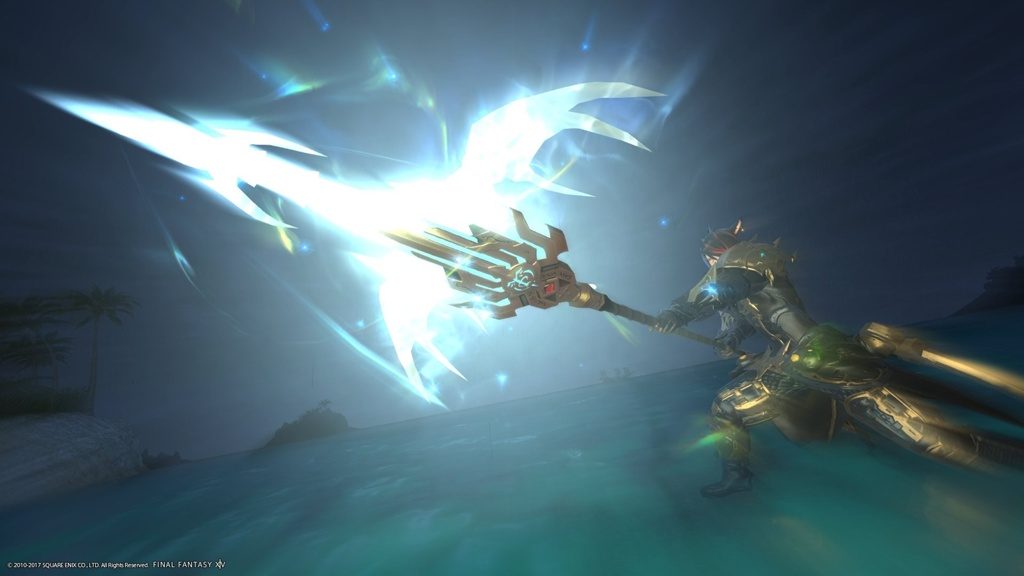 I’ve been doing a lot of little things lately. I farm with my Botanist to make sure that I have at least 40 items in the market. Then, I switch back to my Red Mage, who is so close to level 70, trying to get it to max level so I can work on my Summoner next. Then after my Summoner, I’ll try to get my Paladin to max also. Of course, some time down the road, they will all have their very own Anima weapons. The best thing about the Anima weapon quest is that it has a half way point. Upon reaching that point, I don’t have to start from the very beginning to get my other weapons for my other classes. The only sad part is since Red Mage didn’t start in Heavensward, it doesn’t have any Anima weapon skin. Hopefully they will show case the next late game skin in the 4.1 patch.